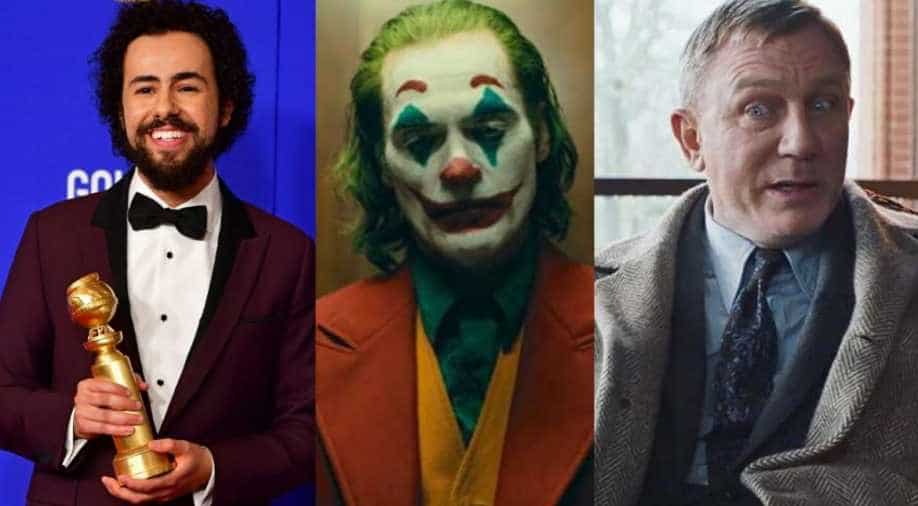 From BAFTA 2020 nominations to Knives Out sequel getting announced. Photograph:( Twitter )

After a busy day yesterday, as the 77th Golden Globes ceremony took place in Beverly Hilton hotel with '1917' winning Best Film and Best Director for Sam Mendes, the most trending Hollywood news today was British Academy of Films and Television Arts announcing its nominations list for the year. The film nominations were led by Joaquin Phoenix starrer 'Joker' as the actor won Best Actor award for his role in the film.

While BAFTA ruled the morning, these are the top 5 Hollywood news stories that made the most noise:

'Joker''s 11 nods was followed by Martin Scorsese's 'The Irishman' with 10 and Quentin Tarantino's 'Once Upon A Time In Hollywood' also on 10. The three films 'Joker', 'The Irishman' and 'Once Upon A Time In Hollywood' are also competing for best Film award alongside '1917' that won the Golden Globe for Best Film and Golden Globe winner 'Parasite' that picked Best Foreign Film.

The second most trending Hollywood story today was the Golden Globe winner Ramy Youssef who not only made a buzz for the award but his acceptance speech. The best actor in a comedy series winner gave a speech that included the phrase “Allahu Akbar”. While some people were happy that he proudly showcased his Egyptian descent, some Twitter users tagged Indian politician Shashi Tharoor saying that this is something that the politician would probably not like.

For all those who loved watching Rian Johnson’s murder-mystery ‘Knives Out’ that ultimately became a massive hit, there’s good news. After hitting the right note with the audience, the filmmaker confirmed a sequel to the hit film.

While younger brother Liam Hemsworth continues to be in the news for his relationship with former partner Miley Cyrus, another top trending Hollywood story of the day was his elder brother, Hollywood celebrity Chris Hemsworth donating a staggering amount to Australia wildfire. he joined the growing list of stars who have now donated money for Australia wildfires. The actor today announced a staggering amount of $1 million for the nation’s firefighting efforts.

Now, it has been revealed that Colin Farrell of the fame ‘Seven Psychopaths’ will be taking up the role of Oswald Cobblepot, aka The Penguin in the upcoming ‘The Batman’ film. While the studio hasn't made any official confirmation but director Matt Reeves took to Twitter to make the revelation.