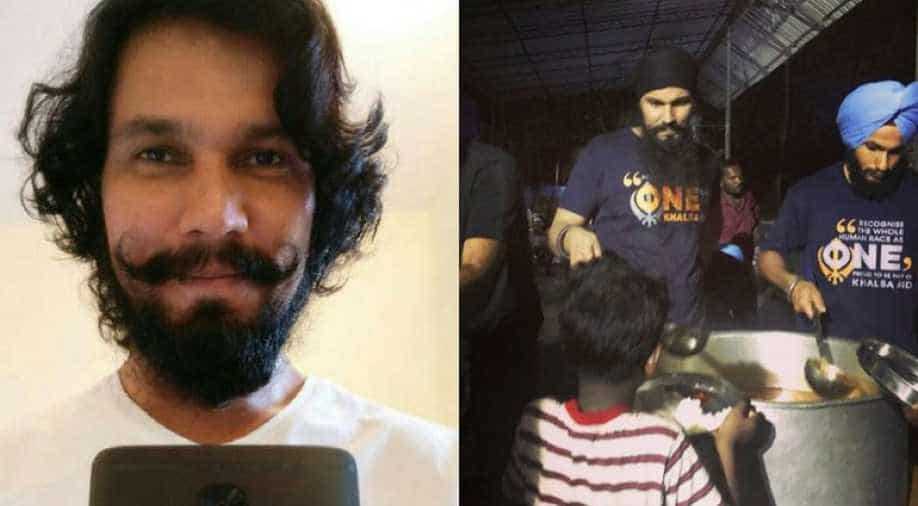 Randeep Hooda serving at one of the langars that has been set up by Khalsa Aid in Kerala. (Images via Instgram/@khalsa_aid, @randeephooda) Photograph:( Instagram )

Film actors have been donating huge amount towards the relief work in Kerala. And while stars are making hefty donations and urging fans on social media to do the same, actor Randeep Hooda has gone a step ahead and reached ground zero to help out a non-profit organisation called Khalsa Aid to help them with relief work.

Hooda has joined as a volunteer with Khalsa Aid which has in the past few days set up langars in Cochi and providing food to several thousands.

On Wednesday, the organisation shared a photo on their official Instagram page that shows Hooda serving food to people at the langar. "Bollywood actor @randeephooda joins the Khalsa Aid team in #Kerala ! It's great to see celebrities on the ground and not just simply commenting on social media. (sic)" read the caption.

Interestingly, this isn't the first time that Hooda has volunteered for Khalsa Aid. Earlier he had helped the organisation in serving displaced families in Naushera in Jammu and Kashmir in May 2017. Then later that year in September, the actor helped in the cleaning of Juhu beach in Mumbai post-Ganpati immersion.

The 'Highway' actor on Wednesday wished his fans for Eid and urged them to come out and help Khalsa Aid in the relief work in Kerala.

#EidMubarak ? and thank you for all the wonderful blessings and wishes for my birthday.. feeling blessed to be a part of @Khalsa_Aid team of volunteers helping in #KeralaFloodRelief .. every little step counts.. to help https://t.co/xQXd7ikrus ? pic.twitter.com/eUWEWGfbz2

Hooda's efforts didn't go unnoticed as many took to social media to admire his efforts and thank him for taking the extra step.

Randeep Hooda at Kerala serving food, providing relief and helping the flood victims with the volunteers of @Khalsa_Aid#KeralaFloodRelief #RandeepHooda pic.twitter.com/ZiEQ8eYAFL

Perhaps we all have a thing or two to learn from this man!