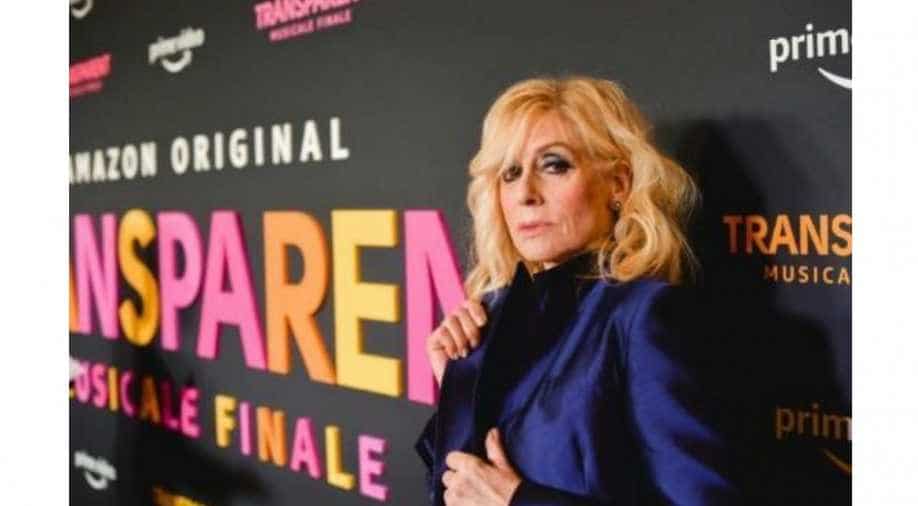 "Transparent," the series that forever changed how transgender people are portrayed on television, will sign off Friday with a feature-length musical finale Photograph:( AFP )

The Emmy and Golden Globe-winning show is one of several that was forced to contend with the sudden loss of its main star due to misconduct allegations in recent years.

'Transparent,' the series that forever changed how transgender people are portrayed on television, will sign off Friday with a feature-length musical finale -- two years after it almost disappeared in the thick of a #MeToo scandal.

The Emmy and Golden Globe-winning show is one of several that was forced to contend with the sudden loss of its main star due to misconduct allegations in recent years.

'Roseanne' turned into 'The Conners' after Roseanne Barr was dismissed due to racist tweets, while 'House of Cards' focused on Robin Wright's Claire Underwood once sexual assault charges against Kevin Spacey led to his departure.

But for 'Transparent,' the exit of actor Jeffrey Tambor amid accusations of sexual harassment and inappropriate behaviour by multiple cast and crew members meant a new season was out of the question, according to creator Jill Soloway.

To end the series, Soloway -- who uses the gender-neutral pronoun "they" -- decided to write a 100-minute final episode beginning with the off-camera death of Maura Pfefferman, the 70-something transgender woman played by Tambor.

"The musical is our opportunity to say goodbye but also transition into a new form," Soloway explained on Entertainment Tonight Canada.

Soloway, whose sister Faith wrote the songs for the episode, said the format offered a "joyful way of dealing with the pain of the loss of Maura" while also "reminding ourselves that life is about finding joy."

The result is an esoteric mix, with the series' typically deft exploration of human relationships combining with a bright 'La La Land' touch to tackle serious subjects from mourning to the Holocaust.

Following a breathtaking fourth season set in Israel, the final episode is an opportunity for new tensions and outbursts among Maura's remaining family, including neurotic ex-wife Shelly, and their children Josh, Sarah and Ali (now Ari.)

Despite the absence of Maura, the trans community remains well represented on the show, most notably through the character Divina, played by transgender performer Alexandra Billings.

The show has been praised for developing nuanced and complex transgender characters without perpetually reducing them to their sexual identities, as has been the case with other series.

While 'Transparent' was not the first television show to feature trans characters and actors, it gave them more visibility than ever before.

In just a few short years in wider society, transgender people have become a much more widely recognized part of the LGBTQ community. On television, shows like 'Pose' have moved the needle forward.

"The world has changed so quickly," said Soloway, five years after the show debuted on Amazon, where it has earned the streaming giant eight Emmy Awards and two Golden Globes.

But Judith Light, who plays Shelly on the show, warned that while "change is coming," many transgender people in the US -- especially African Americans -- are still subject to harassment and violence.

The actress, interviewed Monday by Yahoo! platform BUILD, said it would take more time for society to manage a true "transformation" on the issue.