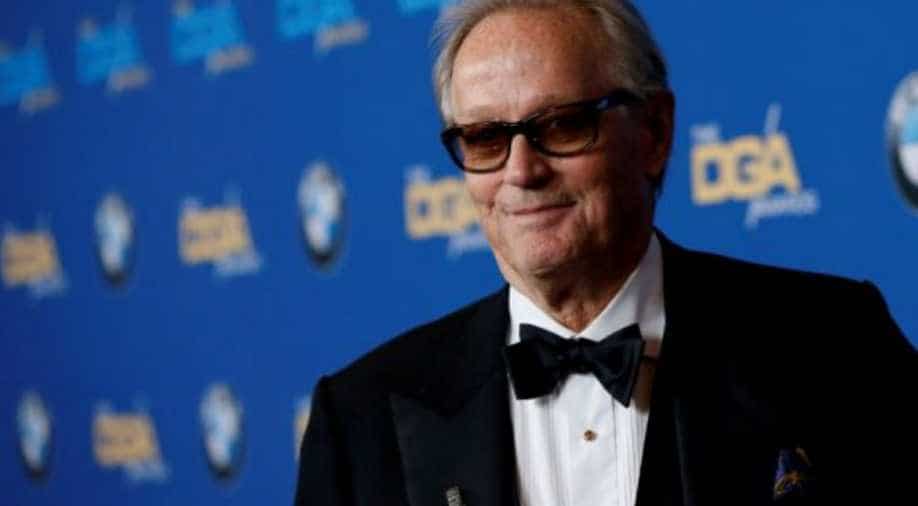 Fonda became a household name when he starred as Wyatt in `Easy Rider,` which he also produced and co-scripted. For his work on the project, Peter earned an Academy Award nomination for Best Original Screenplay.

Co-actor of the two-time Oscar-nominee Peter Fonda who died at the age of 79 after suffering respiratory failure due to lung cancer has all the good things to say about him.

"As much turmoil as he had in his younger years, it gave him insight into the business that enabled him to have a big picture of the whole Hollywood scene," remembered Toni Basil, according to The Hollywood Reporter.

"He was so sweet, so laid-back, so drop-dead beautiful. He was this ultimate movie star -- he didn`t act like it, but he looked like it. He had such a gentle nature. You didn`t get this crazy ambitious feel from him, which is maybe part of the reason people didn`t know him for being as extraordinary as he was," added the actor who worked with Fonda in `Easy Rider`.

Peter who was shot to fame with his 1969 movie `Easy Rider` was born in New York City to screen legend Henry Fonda and Frances Ford Seymour.

He married Susan Brewer and had two children, actress Bridget Fonda, and Justin Fonda, with her.

The actor switched to the film world and made his debut in `Tammy and the Doctor` after two years of his Broadway debut.

Fonda became a household name when he starred as Wyatt in `Easy Rider,` which he also produced and co-scripted. For his work on the project, Peter earned an Academy Award nomination for Best Original Screenplay.

He also helmed a number of projects and earned himself several accolades along the way, including four Golden Globe nominations (two of which he won), one Emmy nomination and earned another Oscar nomination for Ulee`s Gold.

At the time of his death, he was in pre-production for the movie `Skate God,` expected to release in 2020, according to his IMDb. The last film he worked in was `The Last Full Measure` which is expected to hit theatres later this year.