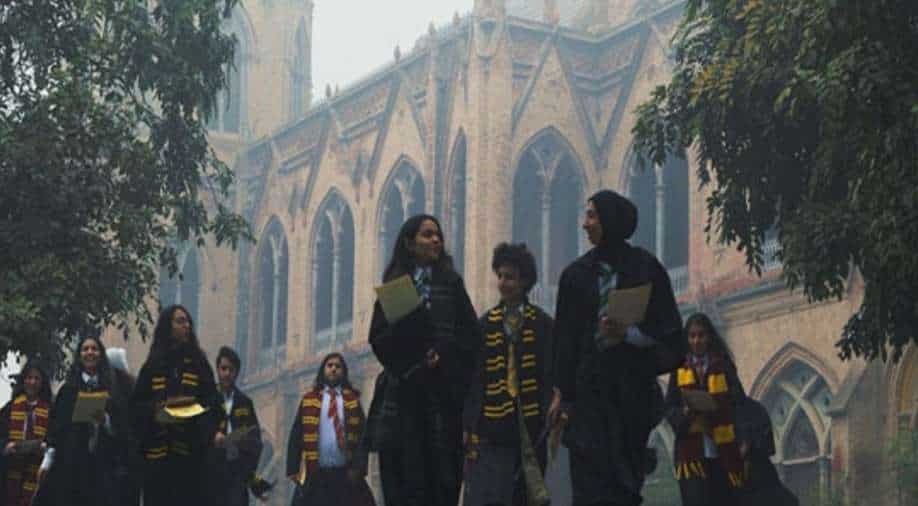 It took more than a wave of a wand, but Pakistani university students transformed their 150-year-old campus into Hogwarts this week as they kicked off a festival celebrating the fictional young wizard Harry Potter.

It took more than a wave of a wand, but Pakistani university students transformed their 150-year-old campus into Hogwarts this week as they kicked off a festival celebrating the fictional young wizard Harry Potter.

"I can't believe I'm in Hogwarts, while being in Lahore of all places," said an excited Raziah Alam, taking part in the festival.

"This has been such a fun experience."

Dressed in costumes from the "Potterverse" including wands and pointed witch and wizard hats, students welcomed visitors to their version of the Hogwarts "Great Hall", decorated with broomsticks, bats, and even an area to brew potions.

The theme music from the Harry Potter films played in the background as students tried out spells, took photos wearing the famous "Sorting Hat", and dressed up in Hogwarts uniforms.

"Most of these youngsters grew up at the time when JK Rowling's work was being presented in the novels and then later on in the films," Dr Asghar Zaidi, the university's vice chancellor and a "Potterhead" himself told AFP.

He added that when students come to the campus "they see the architecture, it reminds them of Hogwarts."

"I think the magic is coming through the inspiration it is bringing about to our other students," he added proudly.

The festival is also screening what is believed to be Pakistan's first fan-made Harry Potter film.

Titled "The Last Follower and the Resurrection of Voldemort," the film was made and acted by students and comes with special effects, spells and a gripping storyline.

"We really thought it would be a crazy idea to change the building, put some mountains around it, create some characters that can go with it," the film's director and cinematographer Waleed Akram told AFP.

He said he was pleased with the film's reception among students.

Since the release of the first Harry Potter novel in 1997, the books have found immense popularity, including in Pakistan.

They have sold over 500 million copies worldwide, in addition to the famous film franchise.