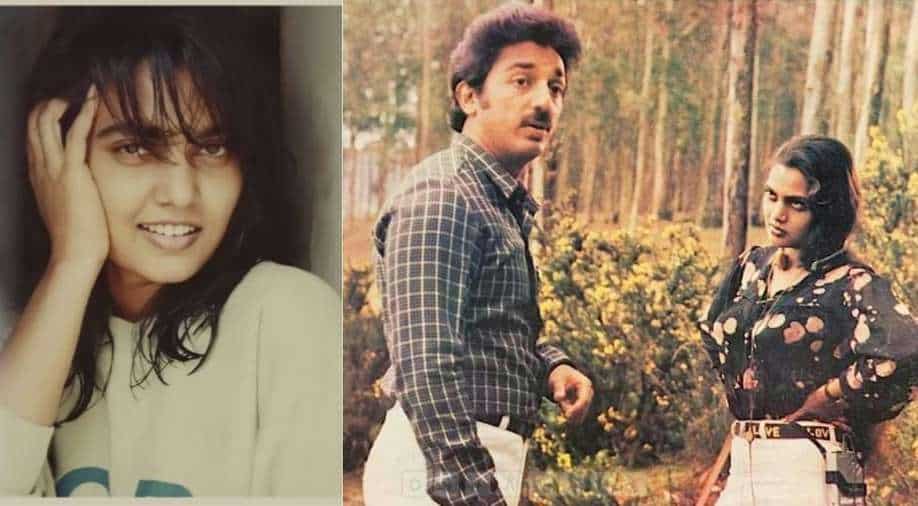 File image of Silk Smitha and a still from 'Sadma' Photograph:( Twitter )

Silk, real name Vijayalakshmi Vadlapatla, had to give up her schooling at the age of 10 to support her large family.

Cinema has a history of actresses who died young. Madhubala: died of a heart ailment at age 33. Meena Kumari: died at 39 of an alcohol-induced liver problem. Geeta Bali: died at 35 of smallpox. Smita Patil: died at 31 of post-pregnancy complications. Vimi: in her 30s died of alcoholism. Parveen Babi: Age 55, died of severe depression. Divya Bharti: died in a freak accident at age 19. Jiah Khan: died at 25. Silk Smitha:  died by suicide at age 36.

Silk, real name Vijayalakshmi Vadlapatla, had to give up her schooling at the age of 10 to support her large family. The name Silk Smitha came from the 1979 Tamil film Vandichakkaram where she played a character named Silk. From then onwards she was typecast as a sex symbol, her sizzling dances often adding sizeable box office clout to the films that she starred in.

Though untutored in fashionable ways, Silk Smitha knew her clothes and makeup.

Recalled Kamal Haasan, “With due respect, she was from a village. But she had an astounding sense of fashion. She kept reading fashion magazines. She would insist on cooking for Balu and me, though she was a terrible cook. She couldn’t even identify the ingredients.I lost touch with her soon after 'Sadma'.”

Kamal Haasan revealed Silk Smitha’s life was no bed of roses. “Hers was a very hard life. She had gone through a lot. She used to share her horrific experiences with us.”

Thankfully she didn’t live to see Ekta Kapoor’s biopic 'The Dirty Picture'  allegedly based on Silk  Smitha’s life, cannibalizing just parts of her real-life and shamelessly making up the rest. Vidya Balan looked nothing like Silk. Her performance was more self-congratulatory than immersive. It wouldn’t be an exaggeration to say  Silk died again after 'The Dirty Picture' was released.