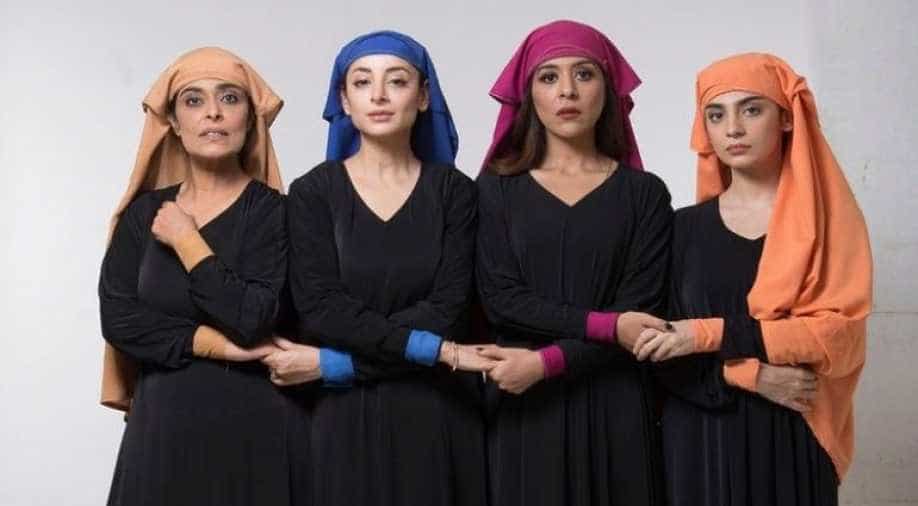 The show, which premiered in August on ZEE5 global has eraned rave reviews for its strong female voice and has been directed by Asim Abbasi. The show had been streaming since August but was reportedly pulled down a few weeks ago after a clip from the series went viral on Twitter.

The viral clip features one of the characters, Sherry, played by veteran actor Hina Khawaja Hayat, talking about a sexual act and how she had to give sexual favours to get a job. The clip has been termed 'vulgar' by many on social media.

Good or bad, #churails is a TV series. Those who don’t want to watch it don’t have to, but ‘banning’ freedom of expression and art is VERY regressive in 2020. Like banning anything has worked ever. If anything, I really want to see the series now. #PEMRAHoshMeinAao

Banning dancing ads, outspoken films and webseries will not end rape if that's the agenda. Why are we riddled with such hypocrisy? Buss bandh darvaazon kay peechay ho sub. God forbid hamari bholi awaam influence na ho jai if we take creative liberty to be honest and open.

Churails is not the problem, really. Your problem is women.

Our society hates women.
This is beyond dispute.

Question for us (women) now is what are we going to do about it? Have said it before, will say it again: this system needs to be dismantled. And women have to do it.

Oh, you got Churails banned? Congratufuckinglations. Now please focus your outrage on the fact that police have failed to arrest the prime accused in the motorway rape incident.

The ban, though, has not been welcomed by many. A large number of Pakistani celebrities have expressed disappointment calling the ban as a step back the movement towards women empowerment.

The show's director Asim Abbasi took to Twitter to express his disappointment. In a series of tweets, Abbasi stated while he had expected the move, he was still upset that the show would not be available in the country where it's based.

Artistic freedom squashed because it is wrongly perceived by some as a moral threat. Predictable, and yet, still disappointing. For this is not just my loss. This is a loss for women and marginalised communities that this show meant to re-represent. (2)

This is a loss for all actors, writers, directors and technicians across Pakistan, who were hoping for digital/OTT to be their saviour. And it's a home-run for all the misogynists who have once again proven that they are the only voice that matters. (3)