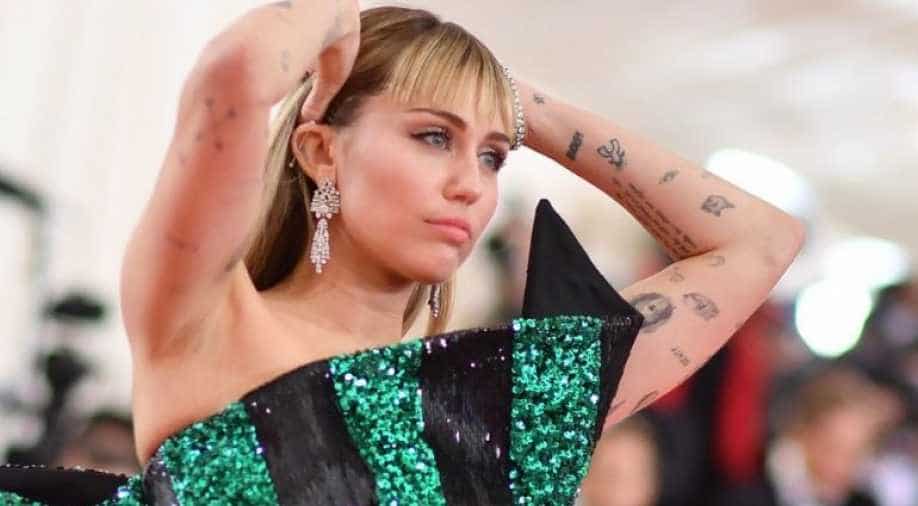 Kaitlynn also shared a video spending time with the 26-year-old singer in Italy and the duo is seen vacationing alongside the star`s older sister Brandi Cyrus.

It seems that parting ways with husband Liam Hemsworth is not bothering pop-star Miley Cyrus.As news of her split was confirmed on Saturday, Kaitlynn Carter -- who also recently announced her split from husband Brody Jenner, shared a picture with Cyrus where she can be seen kissing the star.

Kaitlynn also shared a video spending time with the 26-year-old singer in Italy and the duo is seen vacationing alongside the star`s older sister Brandi Cyrus.

In the video, the 30-year-old Carter can be seen dancing on the track `Bangerz,` the title track from Cyrus` 2013 album of the same name.

Seemingly addressing their breakup, during the video, Cyrus joined Carter and also lip-syncs along with the line, "Why I need his milli`s when I got Billy on the speed dial," which also makes a reference to her father, Billy Ray Cyrus.

A source told PEOPLE exclusively that Cyrus and Carter have mutual friends in common and are "just having fun" together during their vacation.

PEOPLE exclusively confirmed on Saturday that Cyrus and Hemsworth, who tied the knot in December 2018, have called it quits."Liam and Miley have agreed to separate at this time," Cyrus representative said on Saturday.

"Ever-evolving, changing as partners and individuals, they have decided this is what`s best while they both focus on themselves and careers. They still remain dedicated parents to all of the animals they share while lovingly taking this time apart. Please respect their process and privacy."

While their decision to split may have caught fans off guard, those close to the couple weren`t taken aback."This split isn`t shocking to people who are actually with them every day," a source told PEOPLE.

The two had earlier ended their engagement and broke up a year later, before reconciling in 2015 and marrying.