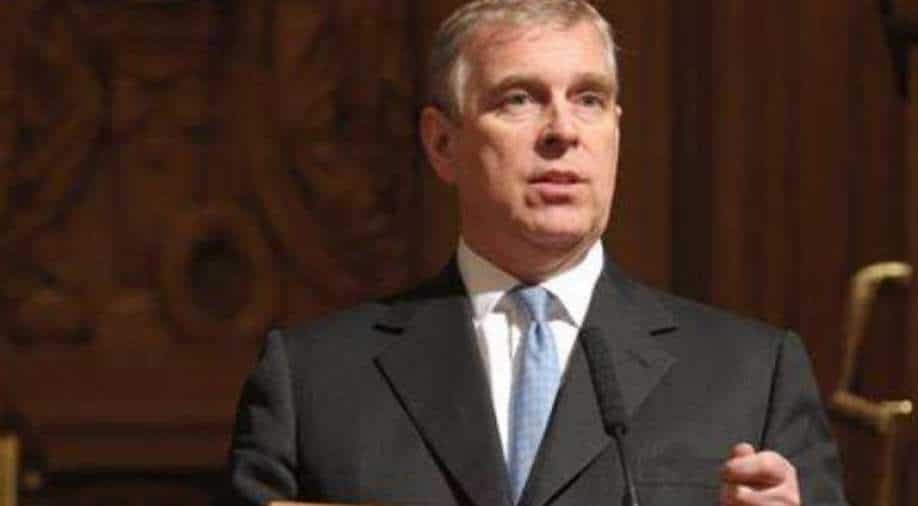 Giuffre alleged in the filing that she "was regularly abused by Epstein and was lent out by Epstein to other powerful men for sexual purposes.

Britain's Prince Andrew was sued in a New York court on Monday for alleged sexual abuse of a woman who says she was "lent out" for underage sex by late US financier Jeffrey Epstein.

The filing at the US district court in Manhattan said Virginia Giuffre was the plaintiff in the case against the defendant, named as "Prince Andrew, Duke of York."

Giuffre alleged in the filing that she "was regularly abused by Epstein and was lent out by Epstein to other powerful men for sexual purposes.

"One such powerful man... was the Defendant, Prince Andrew."

According to the complaint, Giuffre said Andrew sexually abused her at the London home of socialite Ghislaine Maxwell more than 20 years ago, when she was under 18.

"Epstein, Maxwell, and Prince Andrew forced (the) Plaintiff, a child, to have sexual intercourse with Prince Andrew against her will," it said.

Andrew, 61, has vehemently denied claims he had sex with Giuffre, and said he has no recollection of meeting her, but the allegations threaten to damage the British royal family.

Andrew, the Queen's second son, stepped back from royal duties in 2019 over his friendship with Epstein.

Giuffre, now 38, is suing Andrew under the Child Victims Act as she was 17 at the time.

He killed himself in jail in 2019 while awaiting trial on charges of sex trafficking minors.

The court papers included a photograph alleged to show Andrew and Giuffre at Maxwell's London home before one incident of sexual abuse.

Maxwell in April pleaded not guilty in court to charges of recruiting underage girls for Epstein.

She allegedly befriended girls with shopping and movie theater outings, and later coaxed them into giving Epstein nude massages during which he would engage in sex acts.

Giuffre, who has previously made her claims in television interviews, is suing Andrew for "exemplary, and punitive damages."

"I am holding Prince Andrew accountable for what he did to me. The powerful and the rich are not exempt from being held responsible for their actions," she said in a media statement.

"I did not come to this decision lightly. As a mother and a wife, my family comes first. I know that this action will subject me to further attacks by Prince Andrew and his surrogates."