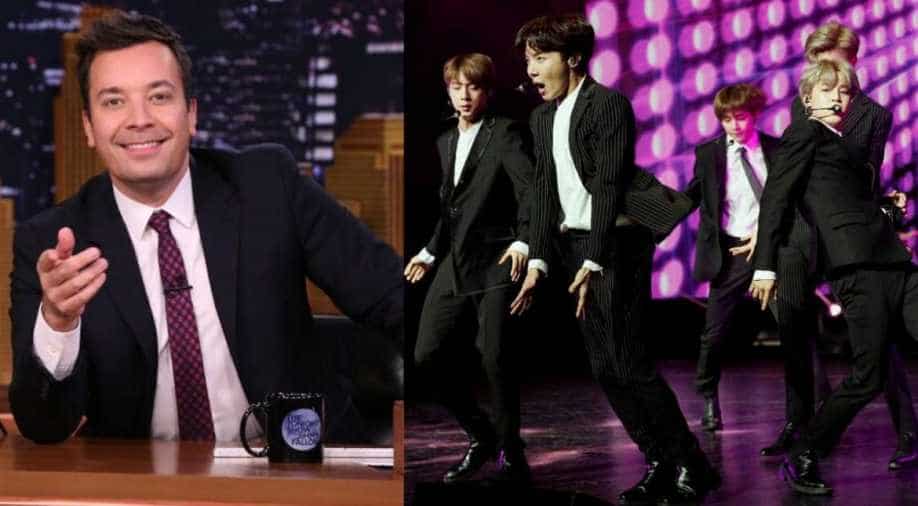 BTS first appeared on the show in ‘The Tonight Show Starring Jimmy Fallon’ in September 2018.

It’s confirmed! Korean pop band BTS is going to come back on ‘The Tonight Show Starring Jimmy Fallon’ as the TV host himself made the announcement.

Jimmy recently said, “I’ll be interviewing them, and I want your help. If you’re a BTS fan and there’s a question you’ve always wanted to ask the band, we’re going to give you that chance.”

.@BTS_twt is coming back to #FallonTonight and Jimmy wants to ask them YOUR questions! Tweet your questions for BTS using the hashtag #FallonAsksBTS! pic.twitter.com/rDJfU8A6nM

The show is at the moment taking questions on Twitter and Instagram with the hashtag #FallonAsksBTS where social media users can go and post their questions for the popular boy band that has charted stages of success and have helped further growth of K-pop in the world.

For those unversed, BTS first appeared on the show in ‘The Tonight Show Starring Jimmy Fallon’ in September 2018.