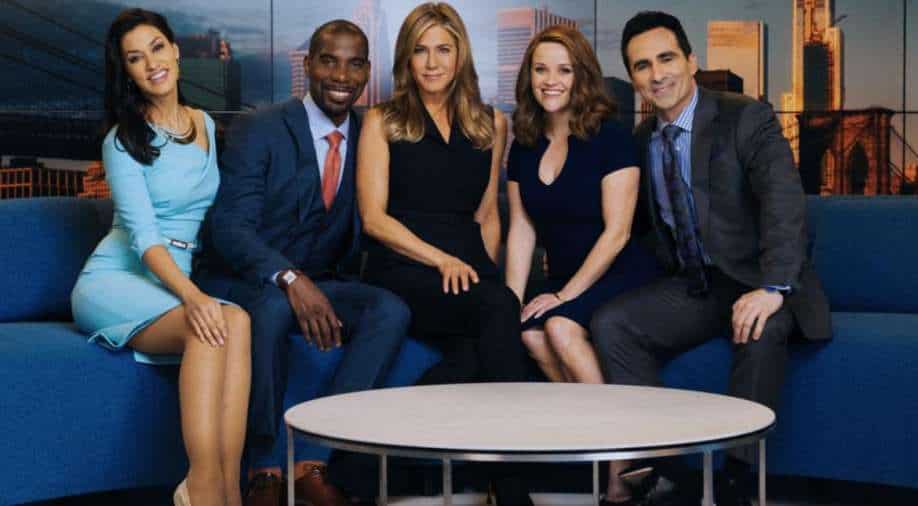 The cast of 'The Morning Show' led by Jennifer Aniston and Reese Witherspoon Photograph:( Twitter )

The two leading ladies--Jennifer Aniston and Reese Witherspoon--of the award-winning series 'The Morning Show', along with the rest of the cast, spoke to spoke to a global news website about the new season and all that it has to offer.

Hollywood megastars Jennifer Aniston and Reese Witherspoon have returned as newsroom anchors Alex Levy and Bradley Jackson respectively in the second season of 'The Morning Show' on Apple TV+.

The two leading ladies of this award-winning series, along with the rest of the cast, spoke to spoke to a global news website about the new season and all that it has to offer.

"I think she has just taken some serious ‘me time’ and [is] having some deep reflection. She’s really just trying to take a hard look at what happened," said Jennifer Aniston about her character's mindset in season two.

"I feel like season one was all about the storm being the revolution and season two is now, ‘Ok, the revolution happened; who is in charge and what are the rules?'... And, we’re all kind of navigating that as a group of co-workers, and just then all the other stuff that is happening in our personal lives is also all over the place," Reese Witherspoon reportedly said.

While the first season was focused on the Me Too movement and workplace ethics, this season will combat the systemic racism within the office of the morning news program’s parent network, UBA.

"I think it’s just a lifelong thing for me, too, like learning that I don’t have to please everybody, that I don’t have to make everybody happy, that you can’t make everybody happy. That’s such a journey and such an important place to land at … I remember a girlfriend saying to me, ’40 is so great, it’s going to just change your world.’ So maybe it was in my forties that I started to feel that way," said Witherspoon about her character being comfortable in her own skin.

For Jennifer Aniston's Alex, however, it's a wrok in progress. "I have to say, doing this show and playing a character who is going through as much as she is going through, and has to expose and be as raw as she is. And there is such a ‘F it,’ kind of mindset that she’s in, has been really liberating in a way... That’s a work in progress, always," said Aniston.