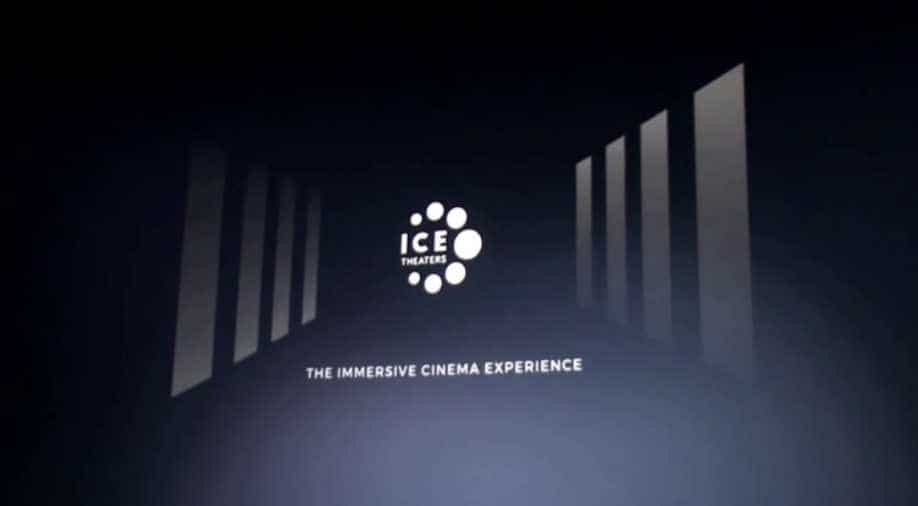 Immersive Cinema Experience, is part of France's CGR Cinema chain and has partnered with LA Live and AEG to have a replica experience in the heart of the film world. Photograph:( Reuters )

The cinemas have special seats on a specific angle, surround sound and a series of LED panels on the side of the auditorium to create the immersive experience.

An immersive cinema experience, which has been a hit in its homeland of France, has opened its first cinema in Los Angeles.

ICE, short for Immersive Cinema Experience, is part of France's CGR Cinema chain and has partnered with LA Live and AEG to have a replica experience in the heart of the film world.

The cinemas have special seats on a specific angle, surround sound and a series of LED panels on the side of the auditorium to create the immersive experience.

Jocelyn Bouyssy, who is Managing Director of CGR Cinemas, told Reuters "It's the panels on the side with the LEDS which extracts the colours of the screen but - and this is the difference - it's the brain that takes in the peripheral vision and yet people don't look around. They stay on the screen and the brain captures the peripheral vision. There's no need to turn around, never ever."

"What it does is that it gives you a feeling of being immersed in the film without really taking away from it," said Shelby Russell, Vice President of Marketing at AEG and LA Live. He added, "It makes you more engaged in the film in a very immersive way so it sets the mood throughout the entire auditorium which is an amazing way to watch a film."

Unlike 3D technology, ICE only requires up to three weeks to convert a feature film into an immersive experience, taking colors from the screen and projecting them around the audience.

However, not all films are compatible with the ICE experience. "The films on ICE must be the films that have action, color and movement. It can't be - just as an example, it would be very complicated to do Woody Allen. It really needs the movement of the camera, Mission Impossible, Jumanji, films like that, they do well in our cinema," said Bouyssy.

CGR Cinemas say that, in France, they make more revenue for a film title than other cinema chains as cinemagoers are willing to pay the additional fee to be immersed in action films, including 'Maleficent' and 'Deadpool 2'.

Although LA Live is the first cinema in the United States to have ICE, CGR Cinemas are expected to expand across the country. However, opening in Los Angeles has an additional factor that's important to the future of the chain.

"Maybe Spielberg or James Cameron are going to come," said Bouyssy. "If it was in France, they probably wouldn't come. Now, there's a bigger chance here in Los Angeles and that would be superb. Why not? We could have 'Avatar'. So there it is. It's the dream. It's not completely over," he added.

The first film to be shown at the cinema in Downtown Los Angeles will be Sony Pictures' 'Jumanji: The Next Level', starring Dwayne 'The Rock' Johnson and Kevin Hart. For the December launch, LA Live are charging an additional $6 on a regular ticket for cinemagoers to try out the experience.