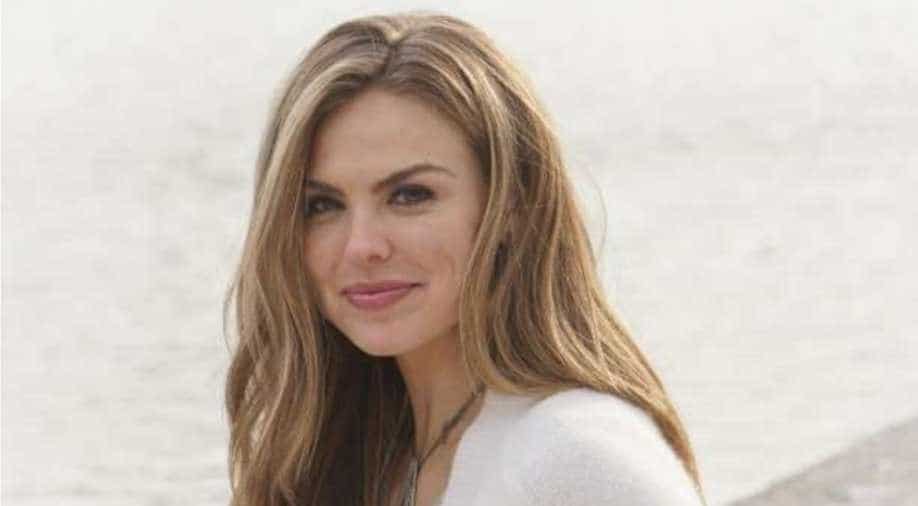 The 24-year-old `Bachelorette` star admitted in a long post on Instagram about her inner self, the situation she is in today and how the experiences have made her a stronger woman.

American model and television personality, Hannah Brown, has revealed that her life has become tough after featuring in a reality dating show.

The 24-year-old `Bachelorette` star admitted in a long post on Instagram about her inner self, the situation she is in today and how the experiences have made her a stronger woman.

"Honest policy: I`m struggling," the former beauty pageant contestant wrote. "Life is so different. Since last August, I`ve been a pageant queen, a `Bachelor` contestant, and `The Bachelorette.` I`ve been in love with multiple people, I got engaged, I broke off an engagement, and I shared it all with millions of people."

"The woman who has emerged would shock the mirror-image young girl from a year ago," she went on to write. "I have so many blessings to be thankful for. However it`s uncharted territory for me, and it`s been hard to really process what the heck is going on. Maybe I needed to write this out to remind myself I`m human and it`s okay to be overwhelmed. And maybe, I just needed to remind you guys too."

Continuing, she wrote, "I can rest knowing that My Savior has compassion and wants to help and love me through this journey. I`ve just got to let Him. I don`t know if I have been lately -- but I am now because honestly, I think I would give out if I didn`t," she continued.

"So yeah, I`m not going to struggle to disguise my weakness-- I`m just gonna give over the keys to my main man Jesus and let him bless me through this ride. Isaiah 54:10."

Brown has indeed gone through a lot this year. According to Fox News, she first started on Colton Underwood`s season of `The Bachelor` but got eliminated during week seven last year. In May, she was announced as `The Bachelorette` for Season 15 in the hopes of getting her own happy ending. Unfortunately, she wasn`t so lucky.

In the show finale, she chose singer-songwriter Jed Wyatt over Tyler Cameron and accepted his proposal. A few weeks after the show ended, she called off her engagement after finding out that Wyatt had been dating another woman right before joining the show and then lied about it to her.

The star now moves with a single tag.