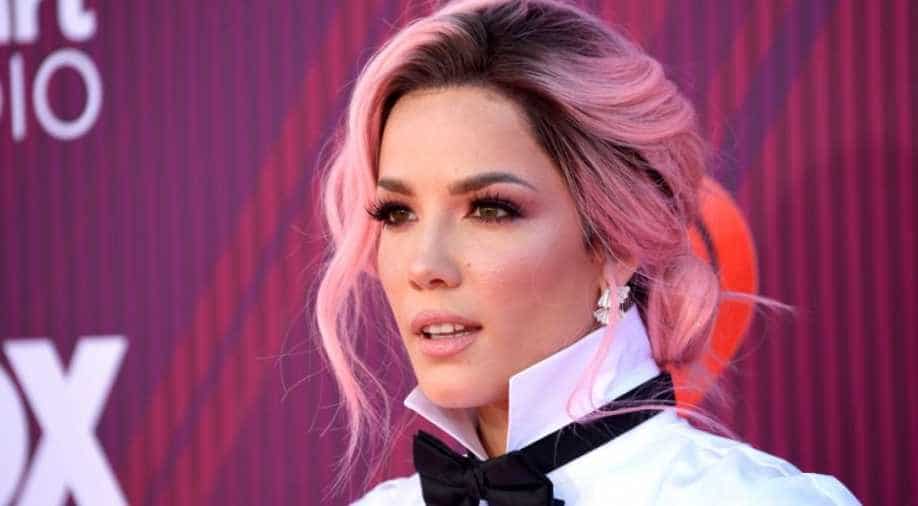 Meanwhile, Halsey will also serve as a producer on the project that is now in development.

Hit songstress Halsey will be making her acting debut opposite Euphoria‘s Sydney Sweeney in ‘The Player’s Table’, a TV series based on Jessica Goodman’s bestselling debut novel titled ‘They Wish They Were Us’.

The adaptation will be penned and directed by Annabelle Attanasio.

Meanwhile, Halsey will also serve as a producer on the project that is now in development.

As for the plot, the show will be set at an exclusive Long Island prep school where high school senior Jill Newman (Sweeney) works to uncover the truth about her best friend’s death three years ago and the role she and her fellow “players” — members of the secret society that rules the school— may have had in it.

Halsey will play Rachel Calloway, an emotionally troubled young woman who ignites Jill’s journey of finding the truth behind Shaila’s murder. Together, Rachel and Jill join forces to find out what really happened.

The first time we saw Halsey and Sweeney collaborate was when they teamed up for Halsey’s music video for ‘Graveyard’. The single went double platinum and was VMA-nominated.

The original book ‘They Wish They Were Us’ was published by Penguin Young Readers Group on August 4.

Halsey first showed her work as an actress as host of NBC’s Saturday Night Live.

From marriages, nudes to epic fights: Iconic moments from 'Keeping Up With The Kardashians'