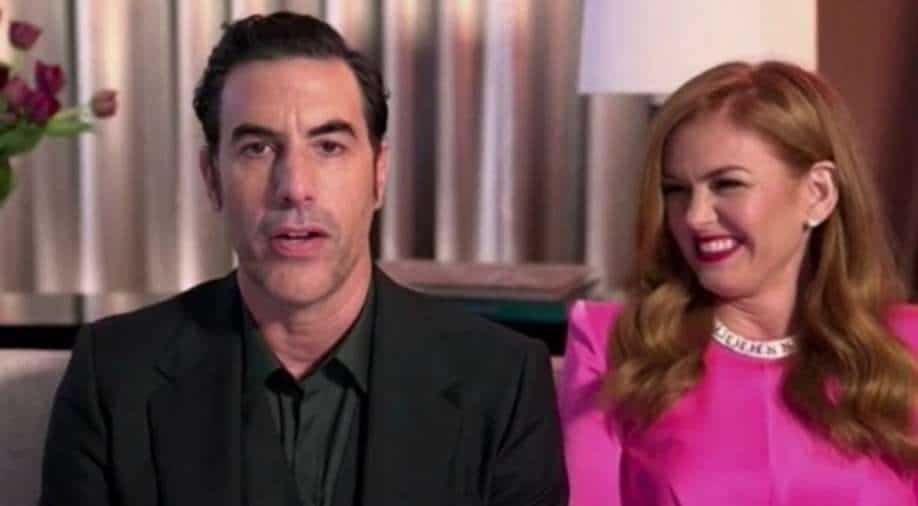 As Sacha Baron Cohen picked up the best actor in a motion picture (musical or comdey) award on Sunday at the Golden Globe awards, the actor called the former US President Donald Trump in his acceptance speech.

"Donald Trump is contesting the result," joked the actor, who won for 'Borat Subsequent Moviefilm'. "He's claiming that a lot of dead people voted, which is a very rude thing to say about the HFPA." HFPA had been called out for not having a single Black member in its 87 member voting team in the days that lead to the award. Golden Globe Awards 2021: Complete list of winners

Congratulations to @SachaBaronCohen for winning Best Actor in a Motion Picture at the #GoldenGlobes!pic.twitter.com/fzbnKc7sOS

In his best picture acceptance speech, Cohen thanked the "all-white" Hollywood Foreign Press Association and Rudy Giuliani, who makes a memorable appearance in his film. "Who could get more laughs out of one unzipping? Just incredible. Our movie was just the beginning for him. Rudy went on to star in a string of comedy films, hits like 'Four Seasons Landscaping', 'Hair Dye Another Day' and the courtroom drama 'A Very Public Fart'."

Congratulations to @SachaBaronCohen for winning Best Actor in a Motion Picture at the #GoldenGlobes!pic.twitter.com/fzbnKc7sOS

Borat also thanked his team and mentioned how the team put their safety on the line amid the pandemic in order to get the politically charged film out ahead of the 2020 presidential election.

The virtual ceremony saw Cohen giving his winning speech from his home with his wife, Isla Fisher seated next tom him- laughing out loud as her husband took sly jabs at Trump, Giuliani and HFPA.