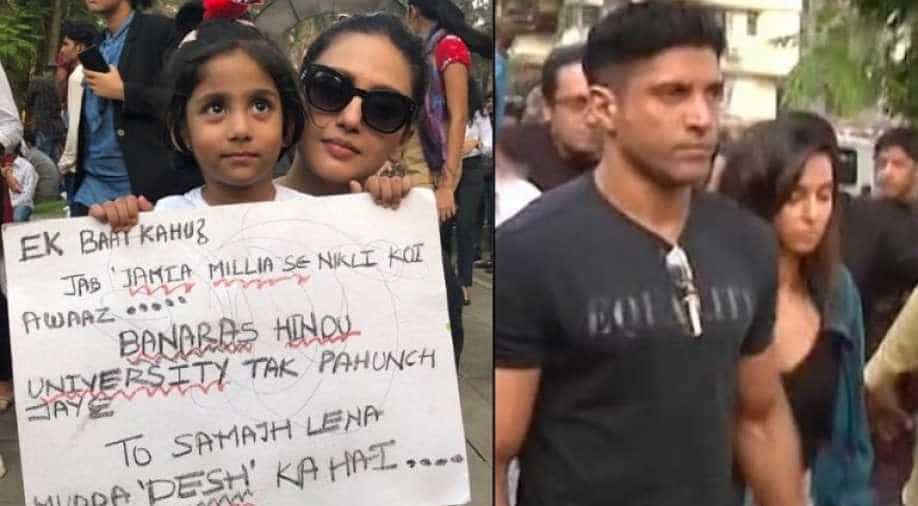 The Mumbai leg of the protest saw several prominent faces from the film fraternity coming together to protest against CAA.

People in almost every corner of India took to streets on Thursday to protest against the Citizen Amendment Act and to condemn the violence on Jamia Milia Islamia students on Sunday.

Some are heroes in both reel and real life, to be brave enough to stand for what you believe in even if you stand alone. Thank you @Actor_Siddharth & @FarOutAkhtar ❤️ #CAAProtest pic.twitter.com/86tRStFQGX

Met this little protestor at August Kranti Maidan. The voice of people is loud and clear 🇮🇳#NoViolenceButNoSilence Thank you @MumbaiPolice for doing a great job at helping in organise a peaceful protest. Jai Maharashtra! Jai Hind ! ❤️ pic.twitter.com/rkVu50BI3x

Those who could not make it shared tweets, stating their support to the movement.

While many celebrities have come out in support of the protests, people have also questioned the silence of celebrities including Aamir Khan, Shah Rukh Khan and Ranveer Singh among others.