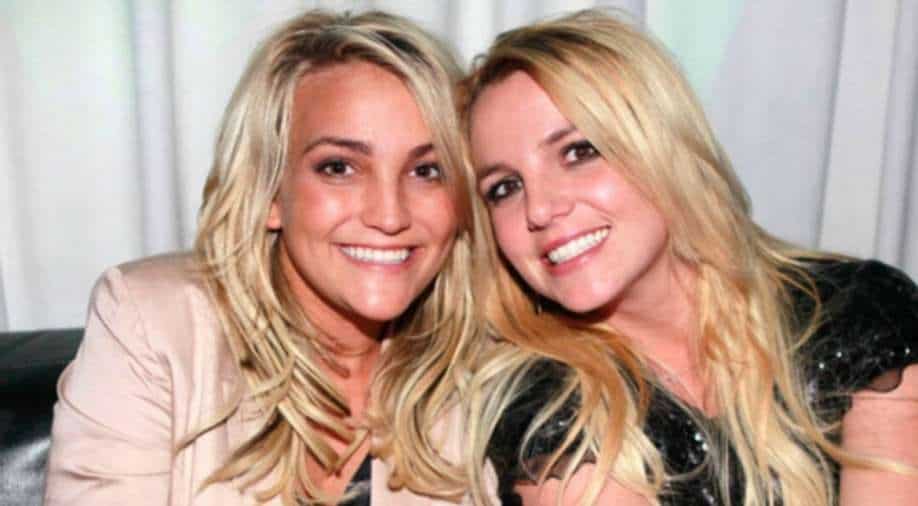 Britney Spears and her younger sister Jamie Lynn continued to argue on social media platforms till Saturday night till Jamie Lynn begged her to call her so they could stop washing dirty linens in public.

The Spears sisters are wanting to end their public war of words. Britney Spears and her younger sister Jamie Lynn continued to argue on social media platforms till Saturday night till Jamie Lynn begged her to call her so they could stop washing dirty linens in public.

The recent bout between the two sisters marks months of drama coming to a head in the public eye. Things started after Britney, 40, issued a harsh rebuke of Jamie Lynn, 30, who has been speaking about her famous sister and her infamous conservatorship while promoting her upcoming memoir 'Things I Should Have Said.'

On Saturday, though, Britney seems to have suggested that she would want to end the feud and declared that she still loved her younger sister unconditionally.

In direct response to a statement that Jamie Lynn released on her Instagram previously, Spears wrote: "Jamie Lynn … I don’t think your book is about me at all … I said some harsh things because you obviously hurt me by the things you are making up about me !!! When I said only a scum person would make up things like that about someone, I could have sworn I said ‘but you’re not … but it doesn’t make sense at all to me what you are saying !!!"

"You guys treated me like nothing and that’s not even half of it !!! I’m honestly shocked Dad isn’t in jail !!! Come on !!! We are supposed to have each other’s back … but what you’re saying just truly confuses me !!!" Britney wrote. "All I know is I love you unconditionally !!! So go ahead and say whatever you want … it’s so tacky for a family to right publicly like this !!!"

Britney added, "You say you love me … yet your loyalty is still with the people that hurt me the most !!!"
Hours later, Jamie responded on her Instagram Story and said she wanted to avoid this public fight and claimed that Britney never responds to her calls.

"Britney - Just call me, I have attempted many times to speak to you directly and handle this privately like sisters should, but you still choose to do everything on a public platform," Jamie wrote Saturday.

"In the meantime, please stop continuing the narrative that I haven’t been there for you or that I’m making things up. I’m happy to share how many times I’ve reached out to you, supported you and tried to help you. This is embarrassing and has to stop. Love you."

The much public fight between the two started when Jamie Lynn spoke of Britney's behaviour and her 13-year long conservatorship while promoting her new memoir. Britney had lashed out at her younger sister in a long twitter threa alleging that her sister was spreading lies.