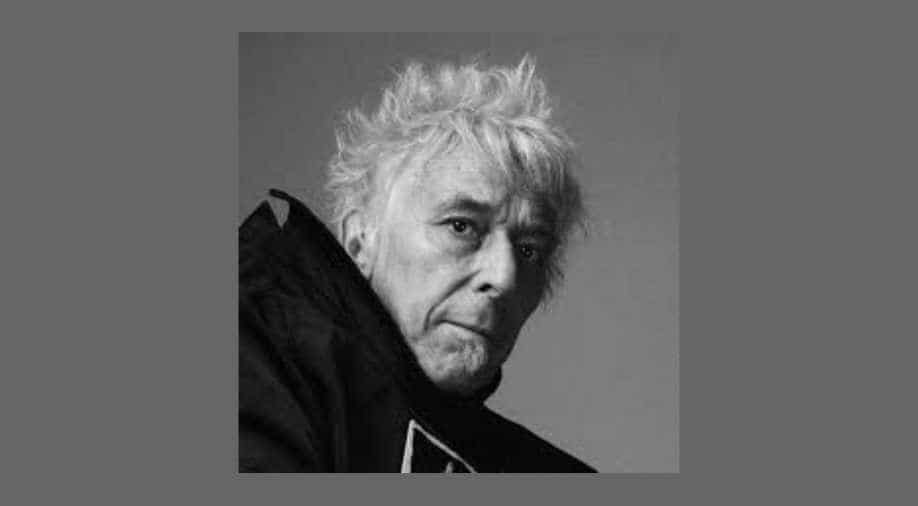 Cale is still at it as a 77-year-old with an imposing stature -- set to play three shows at the Philharmonie de Paris next week -- and met with AFP at his rehearsal studio hidden in a labyrinthian building in downtown Los Angeles.

A maestro of avant-garde rock who co-founded the famed Velvet Underground with Lou Reed and hobnobbed with Andy Warhol, Welsh musician John Cale is not one for a travelled path.

"No matter where I go, I was more interested in how I get there," he says. "I wanted to take part in the natural evolution of music."

Cale is still at it as a 77-year-old with an imposing stature -- set to play three shows at the Philharmonie de Paris next week -- and met with AFP at his rehearsal studio hidden in a labyrinthian building in downtown Los Angeles.

Surrounded by his instruments -- piano, guitar and violin -- Cale describes the high-octane New York of his youthful career in the early 1960s.

"It was a cultural revolution going on," he says. "Everybody was doing something, everybody's making films, or making concerts or whatever, on the street, you know, in homes, in lofts."

"It was the heart of the artistic reactor."

A fan of French composer Erik Satie with a fascination for Dadaism, Cale perfected his classical training under the American composer Aaron Copland.

He quickly found himself face-to-face with Reed, and the electricity was palpable.

The duo met at a party attended by a company that bought European classical music that had shown an interest in rock, and Reed was writing songs for them.

"He was very pleased with his poem called 'Venus in Furs' and 'Heroin,'" Cale recalls. "He said 'they won't let me record the song.' And I went crazy."

But it wasn't long before a rivalry as electric as the music grew between Reed and Cale.

Their early concerts were so noisy that the audience heard nothing but -- just noise.

"We worked on it," Cale recalls. "There were so many combinations out there that were really interesting. We knew that we wouldn't go anywhere, but we jumped on it."

The godfather of pop art Andy Warhol produced the band in his iconic Factory, contributing the famous banana design for the cover art of their first album, "The Velvet Underground and Nico."

Warhol also brought in the statuesque model Nico, whose striking deep voice resounds on classics like "Femme Fatale," "I'll Be Your Mirror" and "All Tomorrow's Parties."

Warhol "didn't like the way we looked, basically," Cale says, breaking into a smile. "With Nico, the band would look beautiful."

"We didn't know what was going on, but Andy knew."

Cale describes the band's sound as "awkward" -- but that's precisely what lent it such staying power.

"We were trying really hard not to be attractive, we wanted people to think," he says.

Cale left the group in 1968 after it released the album "White Light/White Heat," dropping his solo pop album "Vintage Violence" in 1970.

He forayed into commercial pop only once: "You can't go any further by pretending that you're something you're not."

With his masterpiece "Paris 1919," Cale created osmosis between rock and classical.

"I was a Welsh boy living in the desert, in LA," he says. "And remembering some favourite things of Europe."

Meanwhile, Cale channelled his talents toward arranging and producing others' music, including the first album from Iggy Pop -- someone Cale dubbed "very organized" -- and the Stooges.

"That's where the producer's role comes in. You gotta arrange for them to have a happy landing."

He also produced Patti Smith's "Horses," and worked with ambient trailblazer Brian Eno: "Both of us were really dissatisfied by rock," Cale recalls.

"I enjoy seeing what people don't know about themselves. They know what is expected of them, but they don't necessarily know what they're capable of," he says.

Cale is set to release a new album in January and shows no signs of taking a break as he approaches 80.

"You make progress whenever you can," he says. "You gotta have patience, and respect for your own creativity."