Anushka Sharma wishes Virat Kohli on wedding anniversary: '3 Years Of Us And Soon, 3 Of Us' 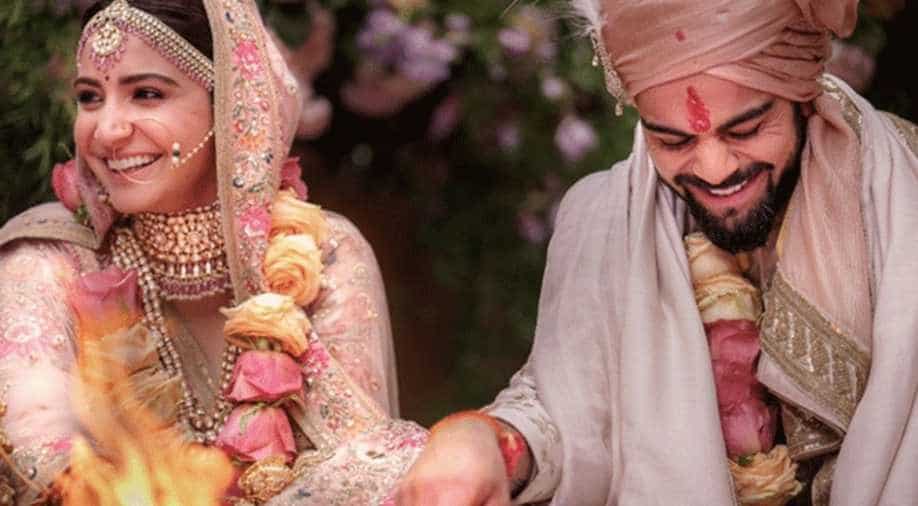 Anushka Sharma and Virat Kohli married in Tuscany on December 11, 2017.

Anushka and Virat are celebrating three years of togetherness today. On their third wedding anniversary, the couple took to their  respective social media accounts to wish each other on the occasion. Timeline of Virat Kohli-Anushka Sharma's romance

Like always, soon-to-be parents shared a beautiful message with adorable pictures. Early morning, Virat who is currently playing for the team in Australia shared a new picture from their wedding day and wrote, ''3 years and onto a lifetime together''.

Anushka, the soon-to-be mother shared an adorable photo and wrote, ''3 years of us & very soon , 3 of us." In the photo, we could see Anushka hugging Virat from the back as the Indian skipper smiled.

The couple who are just a month away from welcoming their first child, announced the good news in August this year. They shared an adorable picture of themselves with the caption: "And then we were three! Arriving January 2021." Their announcement post is the most liked social media post of 2020.

After dating for years, the star couple married at a intimate ceremony in Italy on December 11, 2017.