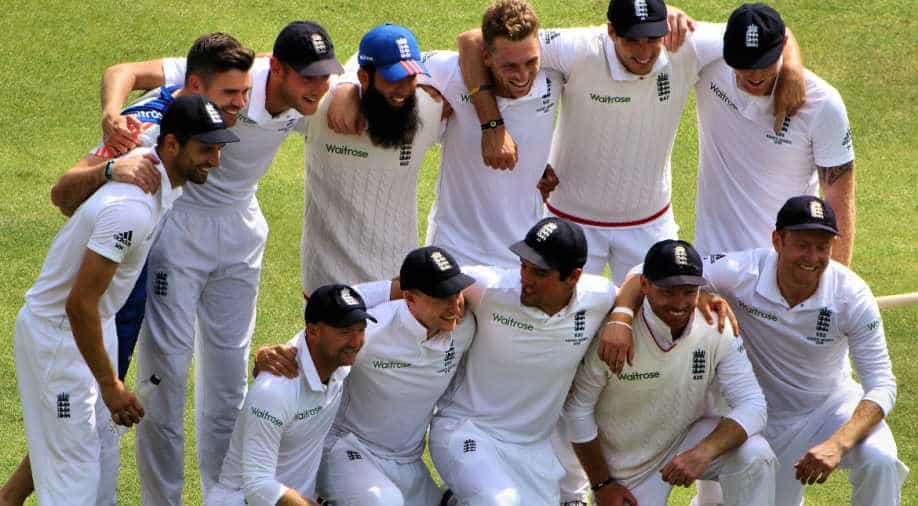 England were due to arrive in Bangladesh on September 30 for a month-long tour including three one-day internationals and two Test matches. Photograph:(AFP)
Follow Us
England cricket chiefs indicated today that they were prepared to cancel a tour of Bangladesh after an attack saw 20 foreigners killed in the country.

Hostage-takers murdered 20 foreigners, hacking many of their victims to death, before six attackers were gunned down by Bangladeshi commandos at the end of an overnight siege at an upmarket restaurant.

The Islamic State (IS) group claimed responsibility for the carnage at the start of the Eid holiday.

England were due to arrive in Bangladesh on September 30 for a month-long tour including three one-day internationals and two Test matches.

But an England and Wales Cricket Board (ECB) spokesman made it clear that they were prepared to abandon the tour if they or the British government deemed the security situation in Bangladesh unsafe come the squad's scheduled departure date.

"The safety and security of our players and management is always of paramount importance to ECB and this applies to all teams representing England on overseas tours," said the spokesman.

"We will continue to monitor and assess the situation in Bangladesh over the coming weeks and months and will undertake a thoroughgoing and robust pre-tour inspection of planned security arrangements for the England team."

"We will also continue to work closely with the Foreign and Commonwealth Office (FCO) and should our director of security, Reg Dickason, or the FCO, advise that the environment is not acceptably safe or the right measures not in place, we would take the appropriate steps," he added.

Survivors of the attack spoke of how the hostage-takers separated locals from the foreigners who were eating side-by-side before embarking on a killing spree which was brought to an end 11 hours later in a fierce gun battle.

Although there was no exact breakdown of the casualties, the army said most of the slain civilians were either Italian or Japanese. Most had been killed with sharpened weapons.

'Last time they gave us a green top', Steve Smith explains why Australia is not playing a tour game this time