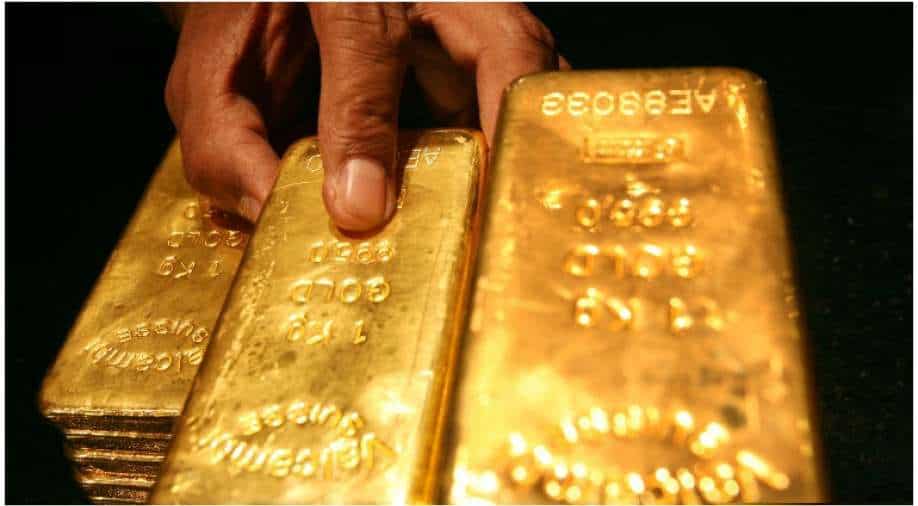 US 10-year Treasury yields held near a one-week low, while the dollar fell as data showed US core consumer price growth slowed slightly in February

Gold prices gained for a third straight session on Thursday, hitting a one-week peak as softer inflation data in the United States pressured Treasury yields and the dollar index.

"Real rates are falling again and the lower real rates are, the better it is for gold. The second element is the strength in dollar we have seen recently has ended again and this is also helping gold," said UBS analyst Giovanni Staunovo.

While gold is considered a hedge against inflation from widespread stimulus, higher bond yields this year have threatened that status as they translate into a higher opportunity cost of holding bullion.

The $1.9 trillion U.S. COVID-19 relief bill was finally approved on Wednesday and is expected to supercharge the economic recovery.

"At the moment it's (relief bill) helping gold due to higher inflation expectations but it could also mean that the U.S. Federal Reserve starts to change its tone a little bit," said UBS' Staunovo, adding that a less dovish Fed could see gold prices remain under pressure.

Investors await a European Central Bank meeting due later in the day to see if policymakers will take any action to rein in rising yields.

Michael Langford, director at corporate advisory AirGuide said there was a greater upside in other assets like copper and small-cap equities than in gold in the short term.