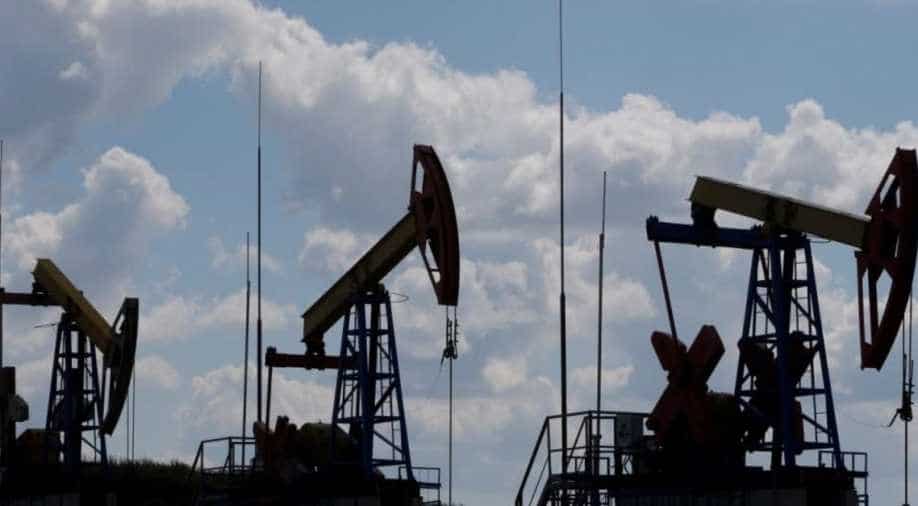 The coronavirus pandemic took a major toll on the oil-driven economies earnings.

Why is fuel known as the 'liquid gold'?

Fuel for long has been known as the 'liquid gold' because of its high value globally. It also serves as a direct or indirect source for many products produced for commercial needs, hence making it an extremely important commodity. Like gold, it is expensive and difficult to find, making it precious for humans. The following report is a glimpse of how the oil-dependent Gulf nations producing the 'liquid gold' is the biggest loser in Covid-19 crisis and what does it mean for India.

How COVID-19 took away the 'liquid gold' status from Fuel?

The coronavirus pandemic took a major toll on the oil-driven economies earnings. The global consumption of oil is down by 30% with storage capacity nearing its maximum. Oil prices further lowered down last Friday amid fear of slower recovery of demand than expected from COVID-91 lockdowns. The oil even touched its lowest in April, when WTI briefly turned negative. OPEC and allies including Russia, a group known as OPEC+, have cut output since May by around 10% of pre-pandemic global demand to support the market. The decline in output and slow recovery in demand has resulted in a steep fall in oil prices, taking the 'liquid gold' status away from petroleum.

How are Gulf Economies reeling under the COVID-19 crisis?

A recent Reuters Poll forecasts how oil-dependent Gulf Economies are expected to contract in 2020 before rebounding in 2021. The Reuters Poll was conducted by industry analysts.

Saudi Arabia, the biggest economy among Gulf Nations is expected to shrink by 5.2 per cent in 2020. The analysts also expect the Saudi economy to grow by 3.1 per cent in 2021.

Kuwait, another Gulf nation is expected to suffer the strongest blow, according to analysts. The poll suggests Kuwait's economy is seen shedding as much as 6.1 per cent in 2020 before it rebounds to 2.5 per cent positive growth.

The United Arab Emirates will suffer a contraction comparable with Saudi Arabia’s, at 5.1 per cent, and enjoy a rebound to 2.6 per cent in 2021, according to the polled analysts.

An earlier forecast courtesy IMF’s director of the Middle East and Central Asia department, said the six members of the Gulf Cooperation Council will contract by a combined 7.6 per cent this year because of the oil price slump and the coronavirus pandemic.

Bahrain and Oman continue to remain the weakest links with the vulnerability ratings in the GCC (Gulf Cooperation Council) with breakeven oil prices of 81.1 and 72.2 respectively and external debt to GDP of 192.9 and 105.6 respectively.

A recent IMF report on Gulf Arab states suggested how the world's richest economies could see their financial wealth depleted in the next 15 years if they don't step up the fiscal reforms.

The six-nation Gulf Cooperation Council (GCC) - whose net financial wealth the IMF estimates at $2 trillion - accounts for over one-fifth of global oil supply, but economies in the region have been hit hard by a drop in oil prices in 2014 and 2015, reported news agency Reuters.

While lower crude prices have put pressure on governments to generate non-oil revenues and fix their finances, “the effect of lower hydrocarbon revenue is yet to be fully offset,” the IMF said in a report.

“At the current fiscal stance, the region’s existing financial wealth could be depleted in the next 15 years,” it said.

Saudi Aramco recently announced that its profit fell by 73% as oil demand shrank never like before. Saudi Aramco which is the world's largest oil company reflects the kind of hard it the sector faces. The profits plunge amid lockdowns imposed to curb the spread of the virus, further continuing the cut in demand for oil, resulting in slamming the prices globally.

Plunging oil prices and the deepening fallout from the coronavirus pandemic is a double blow to Gulf governments as they seek to protect their energy-dependent economies.

What does the Pandemic mean for Indians and Asians in the Gulf?

The COVID-19 pandemic is being seen as one of the key factors in the demographic changes it will bring in the Gulf Countries or GCC (Gulf Cooperation Council). Kuwait in a recent move introduced a bill to put a cap on migrant labourers.

The bill proposed by the National Assembly in June seeks to limit the number of Indian residents and workers to 15 per cent of the country’s population. The move will result in the return to the home of about 800,000 Indians.

Kuwait’s total population is 4.3 million which includes at least 1.45 million Indians. Though other Gulf Nations have not announced any such measures to be taken in their respective states, the idea cannot be ruled out in an attempt to secure their economy for their nationals.

How have Indian and Asian Workers changed the Gulf Demography and its economy?

Demographic Impact: According to a recent report, Non-resident Indians (NRIs) constitute up to 35 per cent of the GCC’s foreign population. Around 8.5 million Indians live and work in the Gulf countries, one of the largest concentrations of migrants in the world.

According to the Organization for Economic Cooperation and Development (OECD), India is one of the two top sources of origin countries (apart from the Philippines) of migrants to the Gulf countries.

According to the UNDESA Migration Report 2017, out of the total 28 million foreign workers in the Gulf countries, 16.9 million (60 %) comprise workers from South Asia. In total, 31.5 % of migrants are from India, followed by Bangladesh (11 %), Pakistan (10.8 %), Sri Lanka, Nepal and Afghanistan. Other than these South Asian countries, the Philippines is another major source of foreign workers.

According to a report by GLMM (Gulf Labour Markets and Migration), the population of GCC states has grown 12 times during the past six decades, from 4 million in 1950 to 50.1 million in 2016. A majority of the massive rise can be seen because of the inflow of foreign workers.

Economic Impact: Over the decades, nationals have developed an unwillingness to perform manual work or to engage in the private sector, although they have been very attracted to jobs in the public sector. This has led to large-scale migration in the Gulf Nations in sectors employing mostly non-nationals.

Overall, the deepening economic crisis will hurt migrations from India in the GCC nations.

How will it impact the Indian Economy?

According to a recent World Bank Report, India will be taking a 23% hit on remittances in 2020 to $64 billion. This is also the sharpest fall in recent history due to the loss of employment and wages for migrant workers in Gulf countries. The drop in remittances from Gulf Countries will be a significant contributor to the sharp decline in overall remittances for India. In 2019, India recorded a 5.5% growth in remittance receipts to $83 billion.

Another report by Swiss Banking Group UBS suggested India's remittances to decline by 25% in the year 2020. The banking group said, that it expects private transfers to slow to $55-60 billion in FY21 on a year-on-year basis.