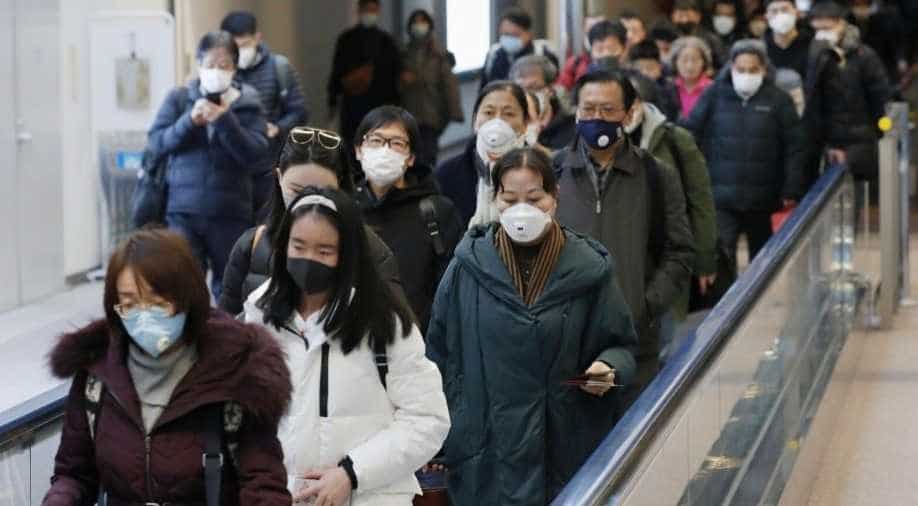 Trade, tourism and manufacturing often become the first casualties of such outbreaks.

Tension continued to mount in China as death toll due to the deadly virus crossed 100 on Tuesday. Health authorities around the world are taking action to prevent a global epidemic as the virus continues to spread, with cases reported in Australia, France, the United States, and seven Asian countries besides China.

Global health scares like the coronavirus have a tendency to impact the global economy. Trade, tourism and manufacturing often become the first casualties of such outbreaks.

On Monday, the United States' Dow Jones suffered its worst drop since October and closed at 450 points down.

The travel industry stocks were among the worst affected tech companies with manufacturing plants in China also recorded a bad day.

The Asian markets are also doing badly on account of the virus as Japan's Nikkei dropped more than 100 points while the Shanghai index in China was trading more than 2 per cent down.

China Tourism will be the worst hit by this tragedy, especially since this is the peak holiday season in China on account of the Lunar New Year.

Tourist sites like Disneyland, the forbidden city and some parts of the great wall have been closed which add up to the woes of tourists.

Internal travel too has taken a big hit. Railway authorities across China are posting a huge drop in passengers.

In Beijing, there was a 67 per cent fall in the number of passengers while in Shanghai which is a global financial hub, it was 66 per cent.

With 1.4 billion people, China is the world's largest market and the world's biggest workforce.

So the consumption of non-essential goods will take a hit in the short-run.

Also, the lockdown has frozen economic activities in parts of the country.

Many factories in Hubei province have been shut down; the city of Wuhan which has completely been locked down is a major transportation and industrial hub.

The SARS outbreak in 2003 provides a relative standpoint to analyse the coronavirus outbreak.

Back then, the medical emergency shaved almost 2 per cent off the country's quarterly GDP growth.

This time, most economists seem to agree that the impact will be large, but relatively short-lived.

China drives one-third of the global economic growth so a major health scare in China was bound to have ripples across the world.

Southeast Asian countries like Cambodia, Vietnam, Thailand and Malaysia are heavily dependent on Chinese tourists but with China banning overseas group tours over the weekend, these countries will suffer in the short-run.

The tech industry in South Korea and Japan the European automobile industry and mineral industry in India and Australia are also vulnerable. These industries depend on china for manufacturing their goods.

In terms of recovery, it will depend on various factors including, how quickly a vaccine can be developed?; How effective will be China's lockdown?; and will more cases be reported across the world.

The SARS epidemic 17-years back cost the economy 40 billion dollars.

Meanwhile, In India, both Nifty and Sensex opened in the green, but soon lost their gains.

Metal stocks fell again on Tuesday on fears about the financial impact of the coronavirus outbreak on the metals supply chain. China is the largest steel producer and consumer in the world.

The Nifty metals index hit a more than 1-month low before ending down 2.39%.