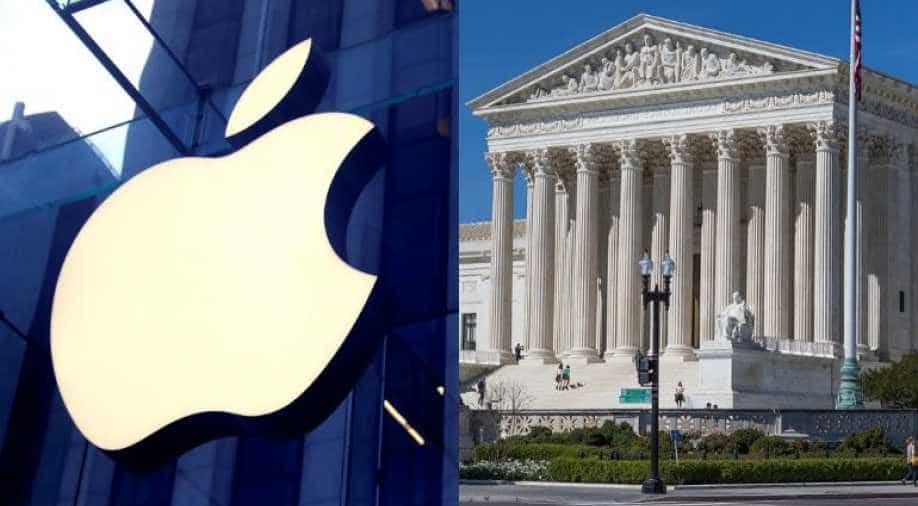 In 2010, the Nevada-based VirnetX filed a lawsuit against California-based Apple of infringing four patents for secure networks, known as virtual private networks, and secure communications links.

Apple Inc's plea to avoid paying $440 million in damages to VirnetX Inc for using the patent licensing firm's security technology without permission in features such as FaceTime video calling was denied by the US Supreme Court.

Apple's appeal was rejected by the judges in this case which spans a decade, wherein a Texas jury had discovered in 2016 that the iPhone manufacturer had infringed VirnetX's patents, following which the patent licensing firm was awarded $302 million. The amount was increased to $439.7 million including interest and other costs.

In 2010, the Nevada-based VirnetX filed a lawsuit against California-based Apple of infringing four patents for secure networks, known as virtual private networks, and secure communications links.

VirnetX was adamant that Apple infringed with its FaceTime and VPN on Demand features in products such as the iPhone and iPad.

The judgement against apple was upheld last year by the US Court of Appeals for the Federal Circuit in Washington. During the hearings, Apple and other tech titans requested a review of the validity of VirnetX patents by a tribunal of the US Patent and Trademark Office.

Key parts of the patents at issue, in this case, were cancelled by the Tribunal but in separate decisions issued last year, the Federal Circuit set aside certain of the tribunal's rulings which brought VirnetX closer to collecting damages from Apple.

The world-renowned mobile phone manufacturer appealed to the Supreme Court, arguing that the damages should be recalculated because the specific patents VirnetX accused it of infringing with FaceTime were nearly wiped out.

In a court filing, Apple called the Federal Circuit's opposition to indulge its demands "legally wrong and grossly unfair." The company also stated that lower courts unlawfully granted requests from VirnetX and granted them compensation for damages far beyond the value of the patented invention.

VirnetX issued a statement saying that "The entire damages award ... remains supported by claims that a jury - and the Federal Circuit - found valid years ago and that have not been cancelled since."