Why Iran is ruling out talks with US 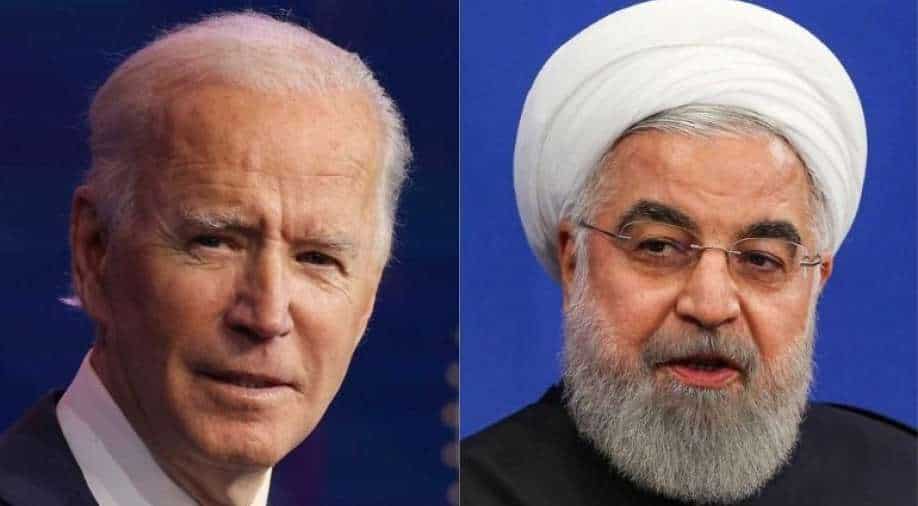 Last week, the Biden administration offered talks with Iran led by European allies as it seeks to salvage a 2015 nuclear deal, left on the brink of collapse after Biden's predecessor Donald Trump withdrew from it.

But the new administration has also made clear it would not brook "malign activities" by Iran.

Also read| 'Be prepared': Biden to Iran after US airstrike in Syria

President Joe Biden has said Iran cannot act with impunity and warned Iran to "be careful" when asked what message he was sending the country with the US airstrikes in Syria.

The United States carried out airstrikes authorized by Biden against facilities belonging to Iranian-backed militia in eastern Syria on Thursday, in response to rocket attacks against US targets in Iraq.

The vehicle-carrier MV Helios Ray was hit between Thursday night and Friday morning by a blast above the water line that a US official said ripped holes in both sides of its hull. An Israeli official said limpet mines were used.

President Joe Biden has said Washington is ready for talks about both nations resuming compliance with the pact, under which Tehran secured an easing of sanctions by limiting its nuclear work. But each side wants the other to move first.

The West fears Iran wants to build nuclear weapons, while Tehran says that has never been its goal.

Washington said on Sunday it was disappointed by Tehran's refusal to hold talks but was ready to "re-engage in meaningful diplomacy" and would consult with major powers.

Washington also accuses Iran's elite Revolutionary Guards of disrupting maritime traffic in the strategic Strait of Hormuz, a chokepoint through which a fifth of world oil output passes.

The Strait of Hormuz was the focus of the US general's visit to Oman, officially intended to make contact with the country's new chief of staff, Rear Admiral Abdallah Ben Khamis al-Raissi.

Iran is believed to be searching for an opportunity to avenge the US assassination of top general Qasem Soleimani one year ago.

Soleimani, a senior Revolutionary Guards commander, was Iran's key liaison to its allies in Iraq and Syria, and elsewhere in the region.

He was killed in a US drone strike just as he arrived in Baghdad for meetings with top Iraqi officials.

Tensions have risen in the Gulf region since the United States reimposed sanctions on Iran in 2018 after then-president Donald Trump withdrew Washington from a 2015 nuclear deal between Iran and major powers.

Iran has said the United States should lift sanctions first if it wants to hold talks with Tehran to salvage the 2015 nuclear deal with world powers that former President Donald Trump abandoned.

"We have not had any bilateral discussions with the United States and there will be no change in Iran's stance if the United States does not change course from the wrong path it has taken," Iran's Foreign Ministry spokesman Saeed Khatibzadeh said.

Khatibzadeh also denied Iran's involvement in an explosion aboard an Israeli-owned ship in the Gulf of Oman last week, after Israeli Prime Minister Benjamin Netanyahu blamed it for the incident on Monday on Israel's Kan radio in a pre-recorded interview on Sunday night.