Why do sanctions fail? Ancient Greece's history might have answers 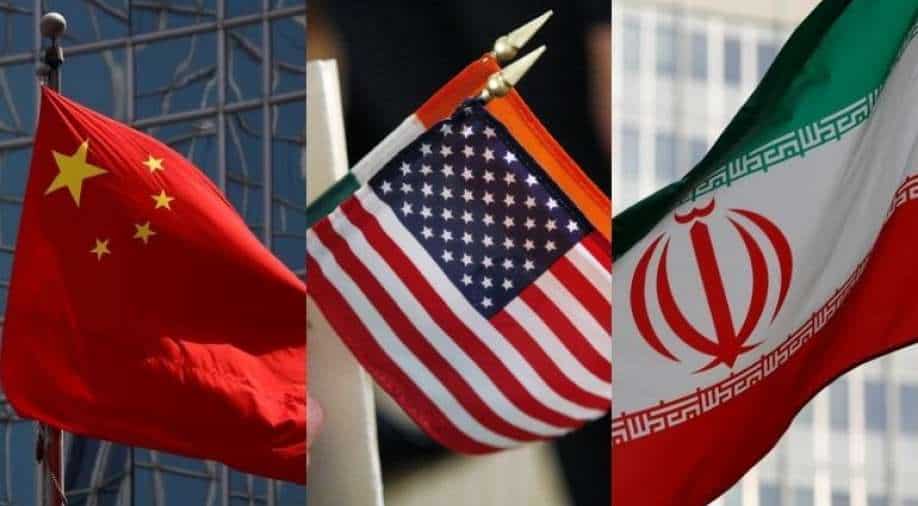 Sanctions take different forms such as arms embargoes, asset freezes, denial of visas, cutting off trade and credit lines. The idea is to cripple a country financially

Sanctions are how countries wage an economic war but do you know how did this idea come about and how effective are these sanctions?

The story of sanctions dates back to ancient Greece which was a different time with different politics but the same result.

A statesman from Athens' statesman, Pericles, was the first to impose sanctions. All city-states that refused to ally with Athens were placed under a trade embargo. However, that did not help much as the Spartans went on to beat the Athenian alliance.

So, the first economic sanction in human history ended in failure. This set the trend for what was to come.

The first thing you need to know about sanctions is that they can only be imposed from a position of power which is why it is America's favourite tool. The US has imposed sanctions on more than a dozen countries such as Iran, Venezuela, China and North Korea.

Sanctions take different forms such as arms embargoes, asset freezes, denial of visas, cutting off trade and credit lines. The idea is to cripple a country financially.

US sanctions on China are not new. They are as old as the people's republic itself.

From 1949 to 1972, China was under American sanctions. It was typical cold war-era politics. They were lifted in 1972 ahead of the open door policy.

However, Chinese politics did not change. Democracy and human rights continued to be curbed. It reached a tipping point in 1989 during the Tiananmen Square massacre and the American sanctions returned.

But unlike the last century, economic warfare isn't unilateral anymore. China now has the power to respond, at least on paper.

A case in point is Hong Kong. In August last year, the US sanctioned Carrie Lam, the Chief Executive of Hong Kong. Beijing responded with targeted action on 11 Americans. The list included Republican senators namely Marco Rubio, Tom Cotton and Ted Cruz, but these actions were toothless.

Carrie Lam does not have assets in America and the US senators do not have interests in China. So, the sanctions were symbolic with no economic impact and herein lies the problem with sanctioning leaders. Make no mistake, autocrats double up as businessmen. They have major economic interests but they rarely extend overseas for these sanctions to make a dent.

Think back to the Gulf War. Bush's White House sanctioned Saddam Hussein for six months without any effect. In the end, it took a major military offensive.

A present-day example is Iran. Donald Trump followed the policy of maximum pressure. Crippling sanctions that throttled the Iranian economy but Tehran continues to expand its nuclear arsenal. Last week, they revealed an entire city of missiles.

The lesson one can learn here is that sanctions have unintended effects. They help galvanise public opinion. For example, American sanctions are rallying calls in Iran and North Korea. They bring the people together against a common enemy.

In this case, the US sanctions only work in a collective. It cannot be a unilateral campaign which is why the latest campaign against China is important.

The US and its European partners have sanctioned China. The walls are closing in from all sides. Beijing will most likely deepen ties with existing allies such as North Korea, Russia, Pakistan and Turkey.

Sanctions are a pinch, not a purge. There is a limit to what government action can achieve. However, what about private businesses?

It's a globalised world and Companies have interests all over the world. This could be a game changer in economic warfare.

Nearly 217 Chinese companies are listed in American exchanges. For dozens more, the American market is a money churner. To think of the inverse, American companies look to China for raw materials. They operate factories there and ignore the abuses endured by the workers.

The question here is that can Apple be docked for making iPhones in China? Or can Tesla be pulled up for making cars in China? Joe Biden could do it, but the companies will be livid. Years of capitalism has taught American firms to put profits over national interest.

Trump proposed taxes on American firms shifting away from the country. He was criticised for trying to stage manage the economy. However, it's different for Chinese firms. Most of them are owned at least in part by the government.

National interest is paramount, even at the cost of losses. The future of economic warfare will be decided by private companies. They can take away jobs, funding and factories from rival nations, but will they indulge home governments? If they don't, can governments force their hand?