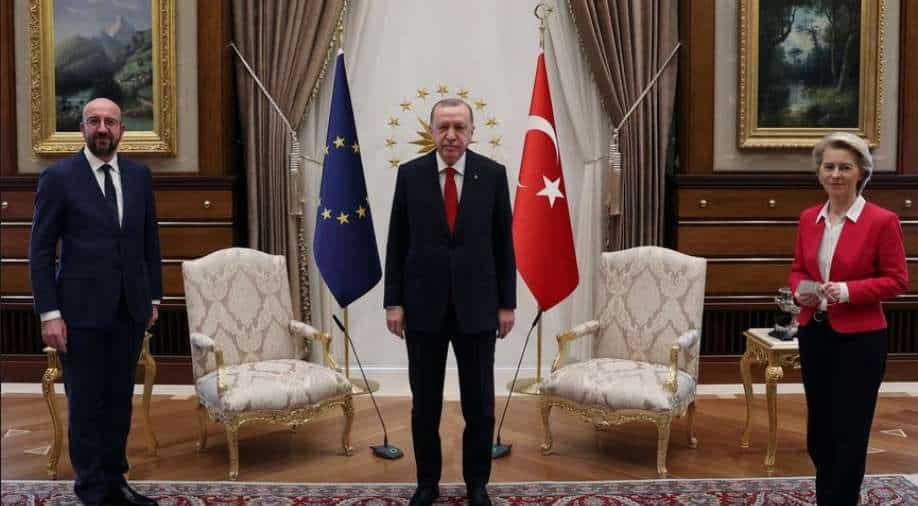 Video from Tuesday's encounter in Ankara showed von der Leyen flummoxed as the Turkish leader and European Council president Charles Michel took the only two chairs in front of their flags.

Gender equality issues took centre stage a day after Ursula von der Leyen, one of the EU’s most powerful executives, was treated like a second-rank official during a visit to Ankara.

Video from Tuesday's encounter in Ankara showed von der Leyen flummoxed as the Turkish leader and European Council president Charles Michel took the only two chairs in front of their flags.

"Ehm" is the new term for "that’s not how EU-Turkey relationship should be". #GiveHerASeat #EU #Turkey #womensrights pic.twitter.com/vGVFutDu0S

Michel and Erdogan took the chairs as Von der Leyen stood looking at both men, expressing her astonishment with a “ehm” and a gesture of disappointment.

Eventually, she was seated on a sofa a little further away from her counterparts, opposite Turkey's foreign minister -- someone below her in the protocol pecking order.

"The president of the commission was surprised," European Commission spokesman Eric Mamer said, insisting von der Leyen should have been treated "exactly in the same manner" as Michel.

Mamer said von der Leyen decided not to make “an issue out of it” and in the conversation brought up women’s rights and the Istanbul Convention on violence against women, from which Turkey withdrew last month.

Ties between Brussels and Ankara have been strained since a coup attempt in 2016 prompted a crackdown on civil rights in Turkey, but they are now testing a cautious rapprochement.

The faux pas -- quickly dubbed "sofagate" online -- came at a delicate moment as the EU and Turkey look to rebuild ties despite concerns over Ankara's record on rights, including the protection of women.

Top US diplomat criticizes China, says 'need to get to the bottom' of Covid-19 origin

Russia military spotted near Ukraine border after US warning 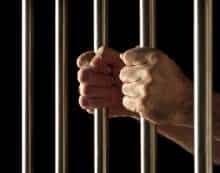