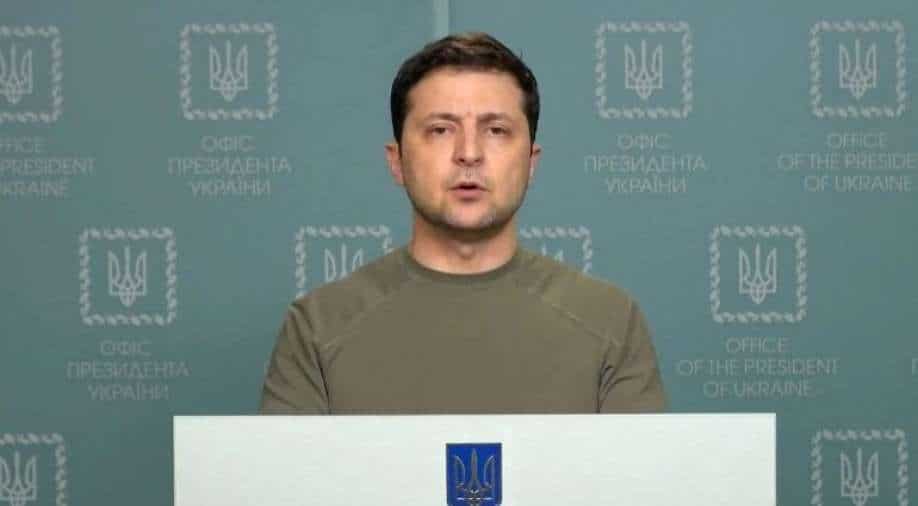 Meanwhile, pointing out the death and destruction, Zelensky said on Wednesday (March 9) the international community would be responsible for a mass 'humanitarian catastrophe' if it did not agree to a no-fly zone

Ukrainian President Volodymyr Zelensky said that he can discuss the future of Crimea and Donbas with Russia as he made crucial comments on the membership of NATO.

Russian President Vladimir Putin ordered "military operations" in Ukrainian cities on February 24, before that, Putin signed a decree to recognise the separatist regions of Donetsk and Luhansk in the Donbas as independent states.

In an exclusive chat with ABC News that aired Monday night, Zelensky said, "The people who elected me are not ready to surrender. We are not ready for ultimatums. But we can discuss with Russia the future of Crimea and Donbas."

ALSO READ | Icon of post-Soviet Russia: Significance of McDonald's closure in Russia is huge, here's why

One of the demands by Putin stated that Ukraine would not join NATO. In that context, Zelensky said, "Regarding NATO, I have cooled down regarding this question long ago after we understood that NATO is not prepared to accept Ukraine."

Meanwhile, pointing out the death and destruction, Zelensky said on Wednesday (March 9) the international community would be responsible for a mass "humanitarian catastrophe" if it did not agree to a no-fly zone.

He said, "Russia is using missiles, aviation, helicopters against us. Against civilians. Against our cities. Against our infrastructure. It is the humanitarian responsibility of the world - to respond. But... there is no decision."

Ukraine has pleaded with Western nations to provide it with fighter jets to counter a Russian invasion that has forced more than two million refugees to flee the country.

The US lawmakers have responded by pushing President Joe Biden's administration to facilitate the transfer of aircraft.