US secretary of state, defence secretary arrive in Japan for China-focused talks 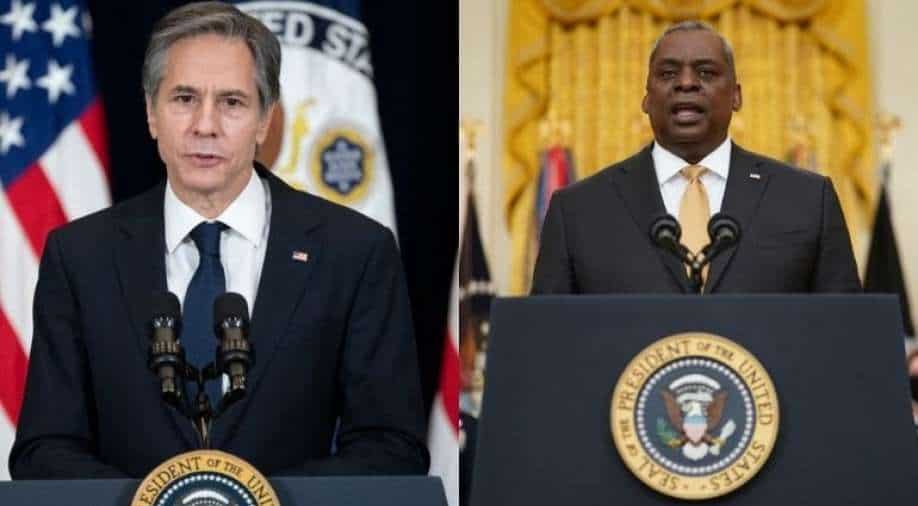 US Secretary of State Antony Blinken and Defence Secretary Lloyd Austin landed in Tokyo on Monday, starting a four-day visit to the region, highlighting Washington's renewed focus on alliances in Indo-Pacific in the face of assertive China.

Blinken and Austin will meet Japan's Foreign Minister Toshimitsu Motegi and Defence Minister Nobuo Kishi in what is known as the 2+2 talks.

The U.S. And others share the values and principles of keeping an open Indo-Pacific region, but China is ''all too willing to use coercion to get its way,'' the two ministers said.

The visit, from March 15 to 18, to Tokyo and Seoul is the first overseas trip by top cabinet members of President Joe Biden's administration and follows last week's Quad alliance summit of the leaders of the US, Japan, Australia and India.

Issues on the agenda range from freedom of navigation in the South and East China Seas and semiconductor supply-chain security to the North Korean nuclear issue and a military coup in Myanmar, experts say.

The Quad summit pledged to work to ensure a free and open Indo-Pacific, a major priority for Tokyo, and cooperate on maritime, cyber and economic security in the face of challenges from Beijing.

"The most important thing that's going to happen on this trip is that Secretary Blinken and Secretary Austin are making Japan and Korea (and India for Secretary Austin) the first steps on their first trip to the region," said Brian Harding, a Southeast Asia expert at the U.S. Institute of Peace.

"So, by touching down in Tokyo, in a lot of ways, it'll already be successful, and sends an incredibly powerful signal about the priorities of this administration."

Analysts also expect Tokyo to seek U.S. support for the upcoming Tokyo Olympics and follow-up talks on other subjects that figured at the Quad summit, such as the commitment to boost COVID-19 vaccine supplies in Asia and climate change.

The secretaries are expected to make a courtesy call on Japanese Prime Minister Yoshihide Suga, who is set to visit the White House as the first foreign leader to meet Biden in April.

The US will ''lead with diplomacy, maintain America's military might and renew our alliances and ensure they're fit for purpose to address the threats and opportunities of our time," Blinken and Austin wrote. Together they can hold China accountable for its human rights abuses and other problems in Xinjiang and Tibet, as well as Hong Kong and Taiwan, they said.

Japan and the US Are also expected to reaffirm the importance of their three-way alliance with South Korea and may touch on the strained relations between Tokyo and Seoul over wartime compensation issues.

In a move meant to signal his intention for the US to return to more engagement in the Asia-Pacific region, Biden on Friday held a first summit of the leaders from Australia, Japan, India and the U.S. Known as the ''Quad'' virtually and emphasised Washington's commitment to the region.