US, Oman hold talks for resolution of Yemen conflict 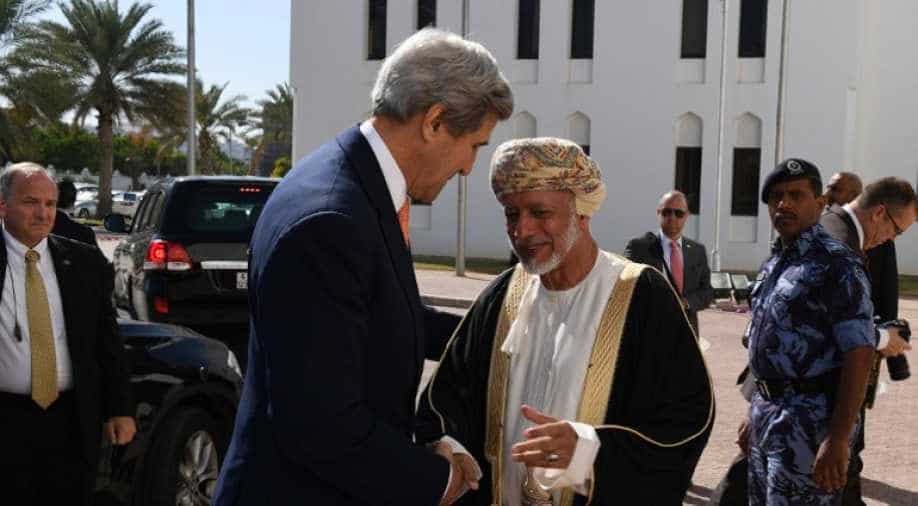 Kerry is also expected to meet ruler Sultan Qaboos, in one of his last trips as secretary of state before President Barack Obama's administration ends on January 20.

The US chief diplomat has been pushing for a settlement of Yemen's deadly conflict, which escalated with the military intervention of a Saudi-led coalition to support the government against Iran-backed Houthi rebels in March 2015.

Oman, one of the few Arab states to have good relations with Iran, has used its links to mediate peace talks between the insurgents and Yemen's UN-recognised government of president Abedrabbo Mansour Hadi.

It is also the only Arab nation in the Gulf not part of the Saudi-led coalition, although it maintains good relations with regional powerhouse Saudi Arabia.

Another 21 million people urgently need health services, according to the UN health agency.

On Monday, 12 civilians, including a child, were killed in an air raid that targeted a convoy of three lorries in the central Ibb province, while nine rebels were killed in an ambush in the same region, military and medical sources said.

Five other rebels, three soldiers and one civilian were killed Sunday in renewed violence in the southwestern Taez province, military sources said.

After Oman, Kerry will travel to Abu Dhabi for talks on regional conflicts, including Syria.