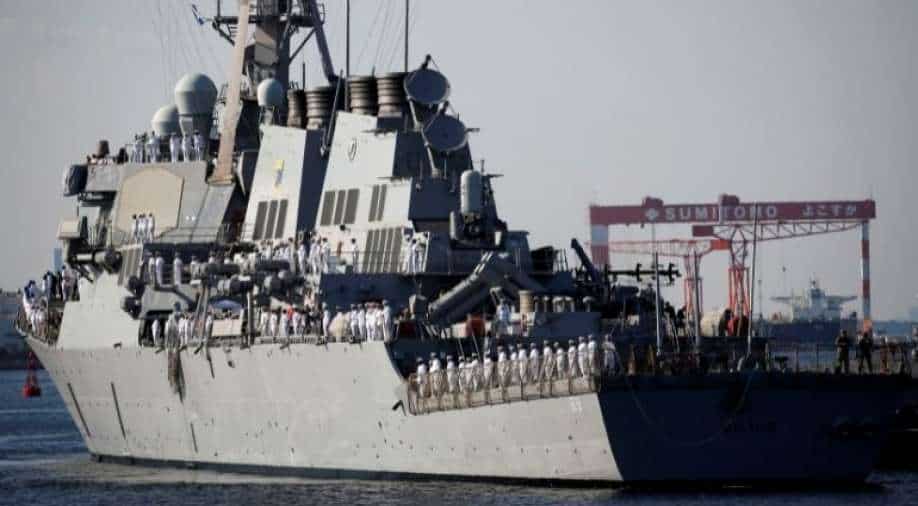 A US warship has sailed through already sensitive Taiwan Strait again. The development is highly likely to attract sharp reaction from China, who believes Washington is trying to stir tensions in the region. The Arleigh Burke-class guided-missile destroyer Milius conducted a "routine Taiwan Strait transit" through international waters, the US Navy said

In a development which can hike the tensions in already sensitive Taiwan Strait, a US warship again sailed through the area on Tuesday.

The movement was part of what the US military calls a routine activity, which always attracts sharp reaction from China, who believes Washington is trying to stir tensions in the region.

"The ship's transit through the Taiwan Strait demonstrates the US commitment to a free and open Indo-Pacific. The United States military flies, sails, and operates anywhere international law allows," it added.

There was no immediate response from China.

Earlier, after US destroyer USS Dewey along with the Canadian frigate HMCS Winnipeg sailed through the Taiwan Strait, the Chinese military condemned the move.

Also Read: China will not seek hegemony or bully the small: President Xi to ASEAN

"Dewey's and Winnipeg's transit through the Taiwan Strait demonstrates the commitment of the United States and our allies and partners to a free and open Indo-Pacific," the US military had declared.

However, the Chinese military asserted that "Taiwan is part of Chinese territory" while adding that it maintained a "high level" of alert against "threats and provocations".

The Chinese military said, "The United States and Canada colluded to provoke and stir up trouble... seriously jeopardising peace and stability of the Taiwan Strait."