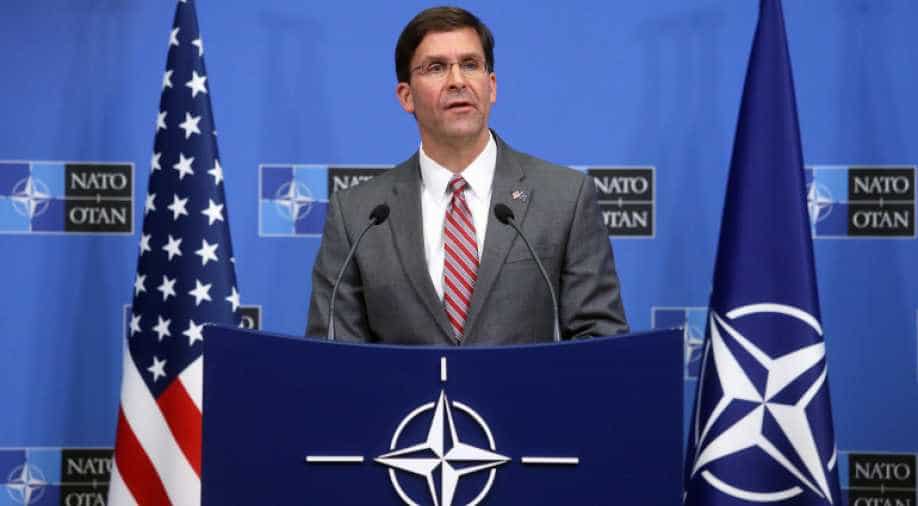 'The provocative behaviour has been out there for months... So do I think they may do something? Yes. And they will likely regret it,' Defense Secretary Mark Esper told reporters.

The Pentagon warned Thursday that the Iran-backed Kataeb Hezbollah group that stormed the US embassy in Baghdad would carry out more attacks on US facilities -- and would regret it.

"The provocative behaviour has been out there for months... So do I think they may do something? Yes. And they will likely regret it," Defense Secretary Mark Esper told reporters.

Esper said there were "some indications out there" that groups may be planning additional attacks, and that the US would respond accordingly.

The Pentagon ordered hundreds of rapid-response troops to the Gulf region Tuesday after Iraqi protesters stormed the normally highly-protected US embassy compound in Baghdad, breaching its outer wall while chanting "Death to America!"

The protestors, many from Kataeb Hezbolla, were angered by weekend air strikes by US forces that killed 25 of their supporters, said by Washington to be retaliation for rocket attacks on December 27 that killed a US civilian contractor.

Joint Chiefs Chairman General Mark Milley said Iran had been behind a "sustained campaign" to provoke the United States since at least October.

"We know that the campaign has increased in tempo and intensity," he said.

"We know that the intent of this last attack was in fact to kill American soldiers, sailors and the Marine... 31 rockets aren't designed as a warning shot. That's designed to inflict damage and kill."

Esper said the reinforcements, sent to Kuwait, would allow the Pentagon to be prepared "for any contingency."

"The game has changed and we're prepared to do what is necessary to defend our personnel, and our interests and our partners in the region," he said.

The US already has some 60,000 troops in the region, sharply up from a year ago, in response to Iran's alleged attacks on tankers in the Gulf and a drone-and-missile assault on Saudi oil installations in September, which Washington and Riyadh blamed on Tehran.