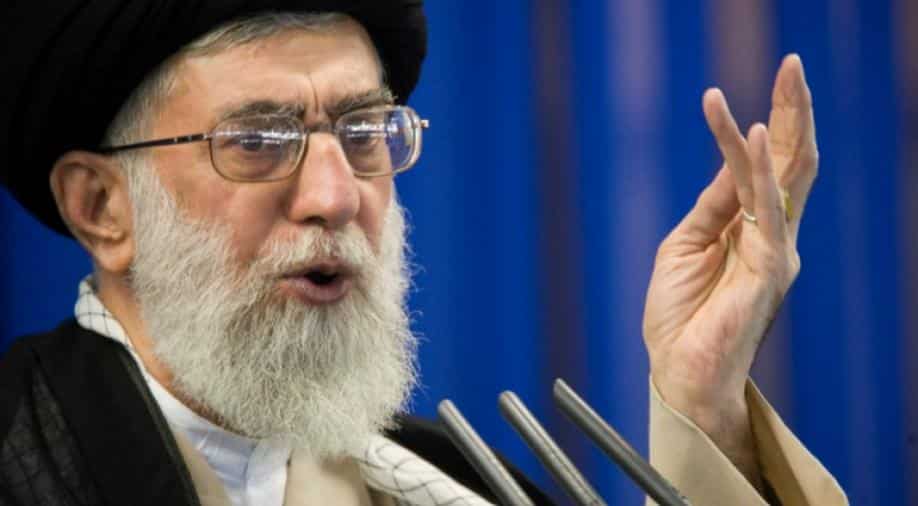 Iran's supreme leader Wednesday strongly condemned deadly US strikes on Iraq and warned his country was ready to confront threats after US President Donald Trump issued one against the Islamic republic.

"I and the government and the nation of Iran strongly condemn this American crime," Ayatollah Ali Khamenei said in a speech broadcast on state television.

They were his first remarks since Sunday's deadly US strikes on the Hashed al-Shaabi paramilitary network in western Iraq.

The United States carried out the raids in retaliation for rocket fire that killed an American civilian contractor at a base in northern Iraq on Friday.

In a tweet on Tuesday, Trump accused Iran of "orchestrating" that day's storming of the US embassy in Baghdad by protesters angry at the American air strikes.

Trump said: "Iran will be held fully responsible for lives lost, or damage incurred, at any of our facilities. They will pay a very BIG PRICE! This is not a Warning, it is a Threat."

In response, Khamenei retweeted the post and said: "That guy has tweeted that we (the United States) see Iran responsible for the events in Baghdad and we will respond to Iran.

"First of all, you can't do a damn thing! This has nothing to do with Iran," the supreme leader in his televised address.

"Secondly, be logical... The people of this region hate America. Why don't Americans understand this?" he said.

Khamenei said Iran was ready to respond to any threat.

"If the Islamic republic decides to oppose or fight against a country, it will do this explicitly," he said.

"Should anyone threaten these, we will confront him without any hesitation and will strike our blow," Khamenei said.

"We will never... drag the country towards war. But if others want to impose anything on this country, we will stand against them with all our might."

US-Iran tensions have soared since Washington pulled out of a landmark nuclear agreement with Tehran in 2018 and reimposed crippling sanctions.