US embassy attack: Iran summons envoy over US 'warmongering' but Trump says he doesn't want war 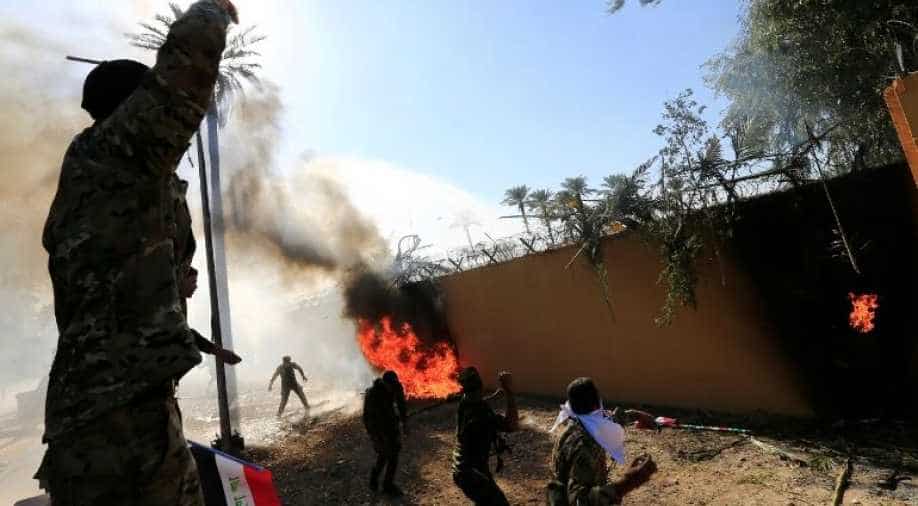 Rocket attack hits near US embassy in Iraq capital: militaries Photograph:(Reuters)
Follow Us

President Donald Trump and other US officials have blamed Iran for rocket fire that killed an American civilian contractor in northern Iraq on Friday.

Tehran summoned an official from the Swiss embassy, which represents US interests in Iran, to complain about American "warmongering" in neighbouring Iraq, the foreign ministry said on Wednesday.

"The Swiss charge d'affaires was summoned to the foreign ministry... over stances of American officials with regards to developments in Iraq," a ministry statement said.

"The Islamic Republic of Iran conveyed its strong protest... over warmongering remarks made by American officials which violate the United Nations Charter," it added.

President Donald Trump and other US officials have blamed Iran for rocket fire that killed an American civilian contractor in northern Iraq on Friday.

They have also accused Iran of being behind the storming of the US embassy in Baghdad on Tuesday by protesters angry over retaliatory US airstrikes in western Iraq that killed 25 militants.

In its statement, the Iranian foreign ministry said it had asked the Swiss charge d'affaires to inform the United States that "Iraq is an independent country".

"The American army has martyred at least 25 young Iraqis and has wounded countless more without presenting the slightest evidence of them being at fault," it said.

"Naturally the people of Iraq react to the country that has occupied their country and kills their young people."

Tehran and Washington have not had direct diplomatic relations since Iranian students stormed the US embassy in 1980 and held staff hostage for 444 days.

Does not want, nor foresee, war with Iran

US President Donald Trump said he does not want, or foresee, war with Iran after he earlier threatened to retaliate against the country following violent protests led by Iranian-backed militias at the US embassy in Baghdad.

Asked about the possibility of tensions spiralling into a war with Iran, Trump told reporters at his Mar-a-Lago club in Florida: "Do I want to? No. I want to have peace. I like peace. And Iran should want to have peace more than anybody. So I don't see that happening."