I want to have peace: Trump says he doesn't want, nor foresee, war with Iran 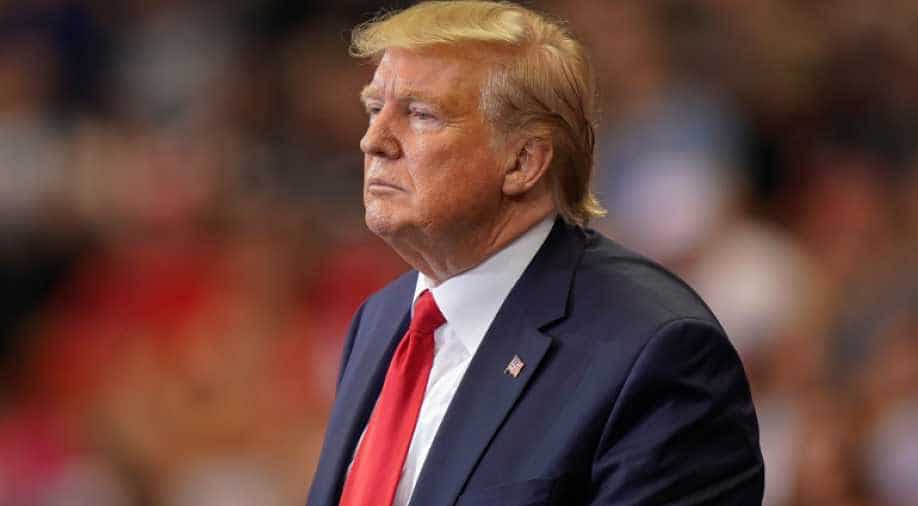 US President Donald Trump said on Tuesday he does not want, or foresee, war with Iran, after he earlier threatened to retaliate against the country following violent protests led by Iranian-backed militias at the US embassy in Baghdad.

Asked about the possibility of tensions spiraling into a war with Iran, Trump told reporters at his Mar-a-Lago club in Florida, "Do I want to? No. I want to have peace. I like peace. And Iran should want to have peace more than anybody. So I don't see that happening."

Meanwhile, Trump accused Iran of orchestrating the attack on US embassy in Iraq and said it would be held responsible. Iran rejected the accusation.

Militiamen and their supporters protesting against deadly US air strikes on Iraq hurled stones and torched a security post at the US Embassy in Baghdad on Tuesday in an unprecedented attack on an American diplomatic mission in the country.

The incident marked a sharp escalation of the proxy conflict between Washington and Tehran - both influential players in Iraq - while mass protests are challenging Iraq's own political system nearly 17 years after the US invasion that toppled Saddam Hussein.

It comes after months of security incidents in the region for which both sides have traded blame.

The US Embassy in Baghdad has been hit by sporadic but non-lethal rocket fire in recent months, and was regularly shelled following the US-led invasion of 2003, but has not been physically attacked by demonstrators in this way before.

The protests were led by Iranian-backed militias and lasted several hours, but the US State Department said later that personnel were secure and the facility had not been breached.