Explained: What made US President Donald Trump threaten Iran 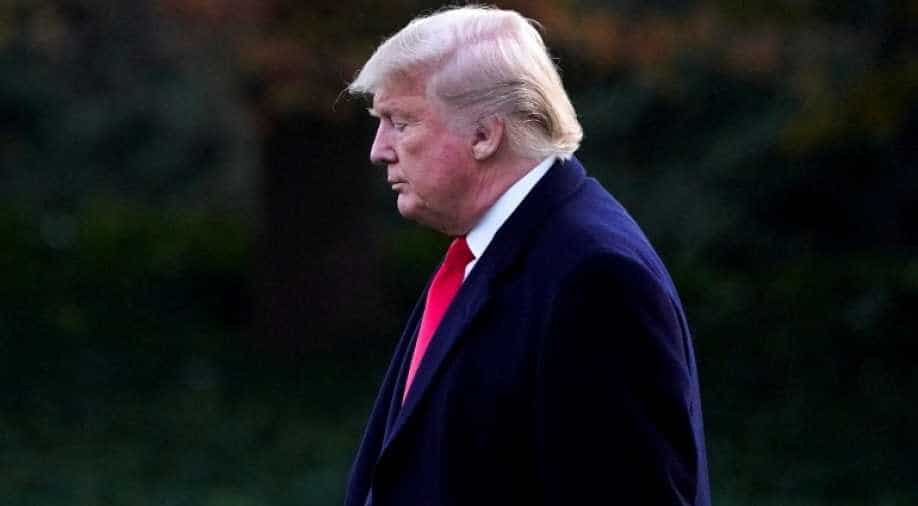 The US and Iran are at the loggerheads over influence in Iraq, the nuclear deal and imposition of economic sanctions by Washington.

US President Donald Trump on Tuesday issued a threat to Iran, blaming it for the attack on the US embassy in Iraq.

"Iran will be held fully responsible for lives lost, or damage incurred, at any of our facilities. They will pay a very BIG PRICE! This is not a Warning, it is a Threat. Happy New Year!," he tweeted.

....Iran will be held fully responsible for lives lost, or damage incurred, at any of our facilities. They will pay a very BIG PRICE! This is not a Warning, it is a Threat. Happy New Year!

The threat came following the violent protests by the Iranian-backed force, the Kataib Hezbollah militia, at the US embassy in Baghdad.

This event has heightened the tensions between Iran and the US since Washington cancelled the nuclear deal with Iran in 2018.

Why did protesters attack US embassy in Baghdad

The US on Sunday carried out airstrikes in Iraq and Syria, targetting the Kataib Hezbollah militia, in retaliation of a rocket attack that killed an American civilian contractor at an Iraqi military base.

At least 25 militias were killed in the US airstrikes. The protesters chanted anti-US slogans, hurled stones towards the embassy compound and also burned US flags.

Agitated protesters said they won't leave the embassy until US forces quit Iraq. The US immediately rushed a rapid response team of marines to help guard the compound.

There were no reports of casualties from the attack. The State Department said all US personnel were safe and there were no plans to evacuate the embassy.

Why did the US target the Kataib Hezbollah militia

The US has designated Kataib Hezbollah as a terrorist organisation in 2009, which is a hardline faction of Iranian-trained Hashed al-Shaabi paramilitary force. Washington claims that the group has long targetted the US forces in Iraq.

US soldiers and diplomats, deployed in Iraqi military bases, have faced a series of attacks by the pro-Iran groups.

The US described the attacks in Iraq and Syria as 'defensive strikes'. Earlier, US Secretary of State Mike Pompeo had warned Iran, saying the US will not tolerate any attacks by the Iranian-backed forces targetting Americans.

Baghdad episode is being compared to the attack on the US consulate in Libya's Benghazi in 2012.

The 2012 attack was carried by the Islamic militant group, Ansar al-Sharia, on two United States government facilities in Benghazi.

To avoid a repeat of the deadly attack, the Trump administration took a quick decision to send Marines to the embassy in Baghdad. The US is also set to deploy around 750 soldiers in the region immediately. This is being seen as a precautionary action taken in response to increased threat levels against US personnel and facilities.

How did Iran react

The United States and Iran are at the loggerheads over influence in Iraq, the nuclear deal and imposition of economic sanctions by Washington.

Iran Supreme Leader Ali Khamenei has strongly condemned the US airstrikes and warned that his country was ready to confront any threats issued by the United States.

Khamenei said Iran was ready to respond to any threat without any hesitation. We will never... drag the country towards war. But if others want to impose anything on this country, we will stand against them with all our might," he said.