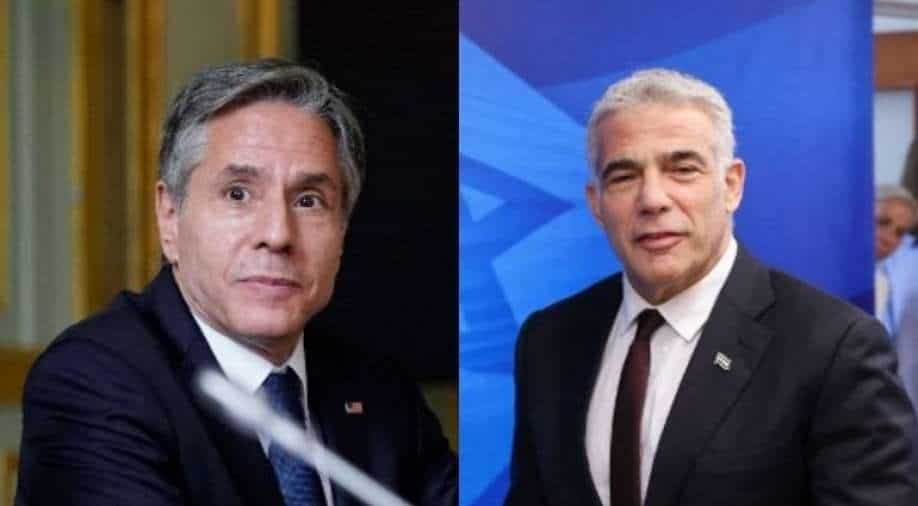 Blinken is in Rome as a part of his three-nation tour of Europe, and Lapid will be flying to the Italian capital to see the US secretary of state

On Sunday, in the first face to face meeting of the United States with the new Israeli government, US Secretary of State Antony Blinken will meet Israel's new top diplomat Yair Lapid in Rome.

Yair, a centrist is the mastermind behind the coalition that unseated veteran Benjamin Netanyahu.

Blinken is in Rome as a part of his three-nation tour of Europe, and Lapid will be flying to the Italian capital to see the US secretary of state.

This meeting comes as President Joe Biden’s administration moves ahead with nuclear deal talks with Israeli arch-enemy Iran, a move strongly opposed by the country.

Bien and Blinken are also eager to preserve a fragile ceasefire between Israel and Hamas, that after weeks of the fighting took effect on May 21.

Considered to be the worst fighting since 2014, the resulting bloodshed triggered a very strong criticism in the memory of the US congress. Some members of the Democratic party were also seen accusing Netanyahu of using excessive force and of backing far-right Jewish groups looking to change the delicate status quo in the holy city of Jerusalem.

Although the new government still considers Iran a major threat to Israel, it has pledged to put the alliance with Washington first and to try to keep differences private. Reportedly the new coalition government has also launched its own strikes on the Gaza Strip

Given that the tensions are still high after recent fighting, and with a new government uncertainties are still nigh, Washington has made clear that it is not rushing in to make any grand Middle East peace initiatives.

The Biden administration hopes to be less involved in Middle East hotspots and focus more on repairing rifts with its European allies, rifts that were created under Trump, all as part of its strategy to focus long-term attention on managing the rise of China.

Blinken started his tour by meeting Chancellor Angela Merkel in Berlin. In the coming days, he’ll be meeting with the Pope, and taking part in the upcoming meetings in Italy.