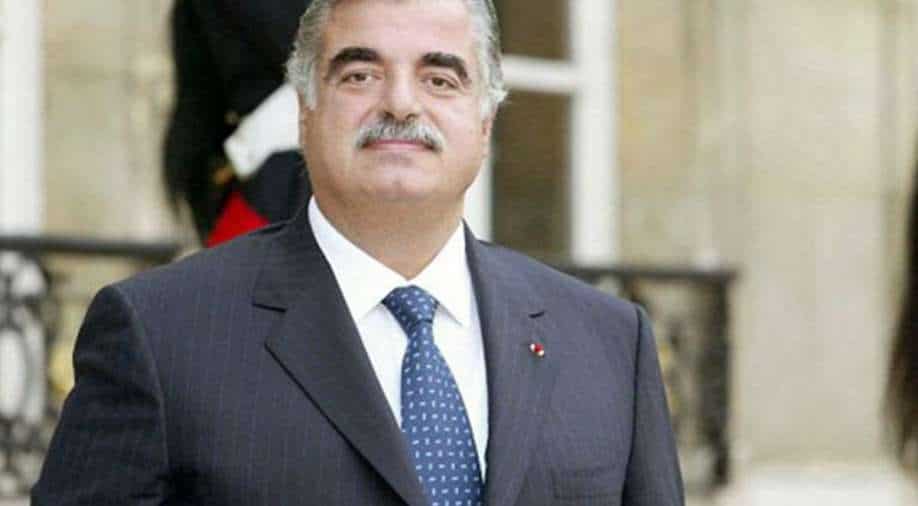 Hariri served as Lebanon's prime minister until he resigned in October 2004. He was killed in February 2005 when a suicide bomber detonated a van filled with explosives as his armoured convoy drove past.

A UN-backed tribunal will on Friday sentence a Hezbollah member convicted of the 2005 assassination of former Lebanese premier Rafic Hariri, with prosecutors demanding a life term.

Hariri served as Lebanon's prime minister until he resigned in October 2004. He was killed in February 2005 when a suicide bomber detonated a van filled with explosives as his armoured convoy drove past. As well as those killed, another 226 were wounded in the blast.

Salim Ayyash was found guilty in absentia of murder on August 18 by the Netherlands-based Special Tribunal for Lebanon over the suicide bombing that killed the Sunni billionaire politician and 21 other people.

Ayyash remains on the run, with Hassan Nasrallah, the head of the Shiite Hezbollah movement, refusing to hand him over.

Prosecutors in a hearing in November said a life term was the "only just and proportionate sentence" for Ayyash, given that it was the "most serious terrorist attack that has occurred on Lebanese soil."

They have also demanded seizure of Ayyash's assets.

Legal experts said the sentencing was still important, even without Ayyash in the dock.

The UN Security Council agreed in 2007 to establish the court, billed as the world's first international tribunal set up to probe terrorist crimes.

It opened its doors in 2009, although the Hariri trial itself did not formally start until 2014.

Ayyash faces a separate case at the tribunal over three other deadly attacks on Lebanese politicians in 2004 and 2005.