Two of Trump's Republican challengers to debate without him 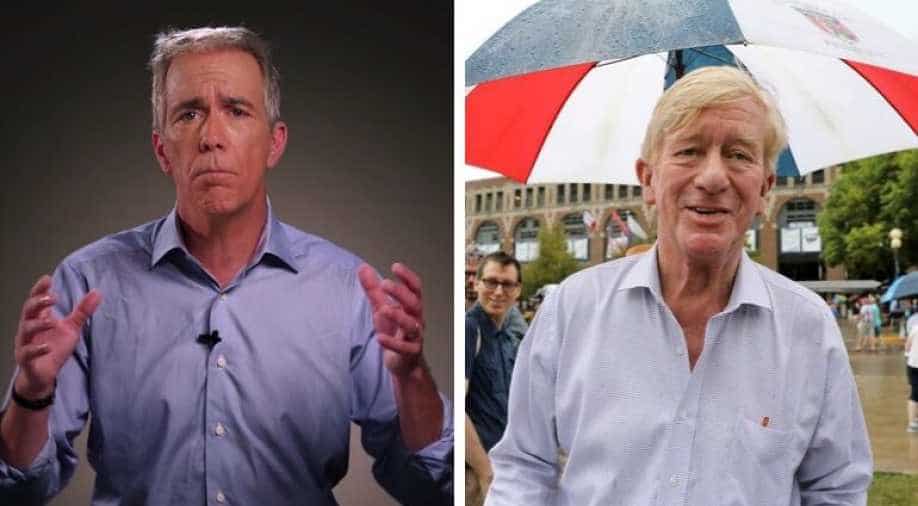 Trump will not take part in the event in New York hosted by the website Business Insider, nor will the third candidate seeking the Republican nomination, former South Carolina governor and congressman Mark Sanford.

Joe Walsh and Bill Weld, two of the three Republicans challenging President Donald Trump for their party's 2020 presidential nomination, are set to meet in a debate on Tuesday, hoping to bring attention to their long-shot candidacies.

Trump will not take part in the event in New York hosted by the website Business Insider, nor will the third candidate seeking the Republican nomination, former South Carolina governor and congressman Mark Sanford.

The debate featuring Walsh, a radio talk-show host and former US congressman from Illinois, and Weld, a former Massachusetts governor, is not sanctioned by the Republican Party, which has thrown its full support behind Trump. Sanford cited a scheduling conflict for missing the event.

Walsh, Weld and Sanford, in a joint article published in the Washington Post this month, called Trump "a serial self-promoter" who is steering the party away from "personal responsibility, fiscal sanity, and rule of law."

Trump is expected to coast to victory in his quest for the Republican nomination before facing the Democratic Party's nominee in the November 2020 election. A Sept. 16-20 Reuters/Ipsos poll showed that 82 per cent of registered Republicans approved of Trump's job performance.

Walsh, Weld, and Sanford complained about being shut out of the nomination contest. Republican Party officials in Alaska, Arizona, Kansas, Nevada and South Carolina already have said they would not host nominating contests in their states next year, cutting off any chance for the challengers to win delegates who will choose the Republican candidate at the party's convention.

"We're in the process of doing serious and lasting harm to the Republican Party brand," Sanford told Reuters on Friday. "We need to stand up and have a robust conversation about what it means to be Republicans."

Trump has dismissed his challengers as a "joke" and "laughingstock," calling them the "Three Stooges," a reference to a popular mid-20th-century comedy team that portrayed inept bunglers.

Asked to explain Trump's decision not to participate in the debate, Erin Perrine, a deputy communications director for the Trump campaign, said, "Pointless."

Walsh, 57, served in the House of Representatives for two years and then became a radio talk-show host. Weld, 74, touts a fiscally conservative record as well as his work on gay rights and environmental issues. He ran unsuccessfully for vice president in 2016 on the Libertarian Party's ticket