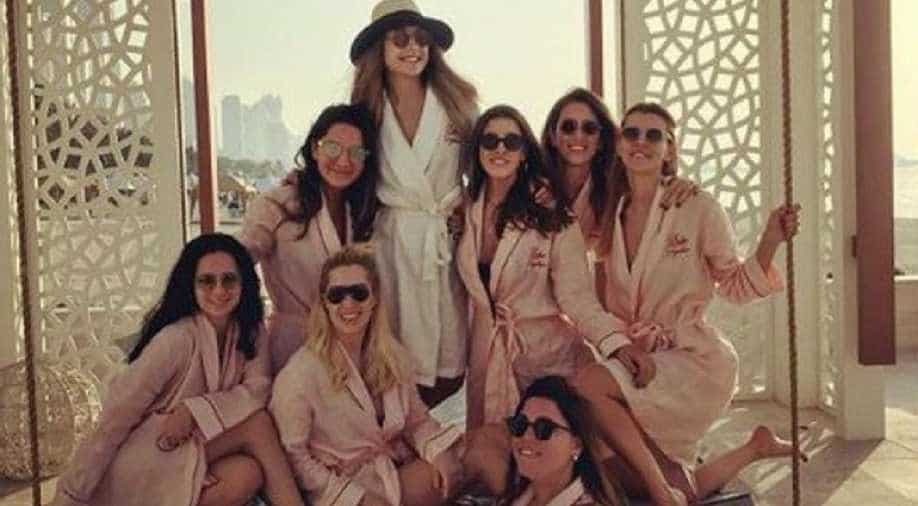 Mina Basaran and her friends had gone to Dubai for her hen party. Photograph:( ANI )

The daughter of a business tycoon and bride-to-be Mina Basaran, along with her seven friends, were onboard the Turkish private jet which crashed in a mountainous region of Iran on Sunday.

Mina Basaran, 28, the daughter of Turkish billionaire businessman Huseyin Basaran, and her female friends were flying back to Istanbul after celebrating Basaran's bachelorette party in Dubai.

The private jet, which crashed on Sunday at Zagros Mountains in western Iran, was owned by the holding company of the Basaran family. The cause of the crash was not immediately clear.

Turkey's Haber Turk website stated that Mina was to marry businessman Murat Gezer on April 14 in a grand ceremony at Istanbul's Cirali Palace.

According to media reports, besides the eight friends, three female crew members were onboard the plane.

The jet is reported to have encountered heavy, rainy weather, crashed into a mountain and burst into flames.

The plane hit a mountain near Shahr-e Kord and burst into flames, Iranian state television quoted Mojtaba Khaledi, the spokesman of the country's emergency management organization, as saying.

A well-known Instagram personality, Mina Basaran had about 60,000 followers and had been posting photos of her trip to the United Arab Emirates. Her followers increased to over 86,000 since the news about her death broke out but her account has now been put on private.

Mina Basaran is the daughter of the chairman of Basaran Investment Holding, Huseyin Basaran. Mina was reportedly in line to run the business.

He is also a former deputy chairman of Trabzonspor football club, and owns businesses in many sectors including yachting, construction, finance, tourism, aviation, cement and energy.

The businessman also owns a series of apartment blocks in Istanbul named “Mina Towers”, after his daughter.