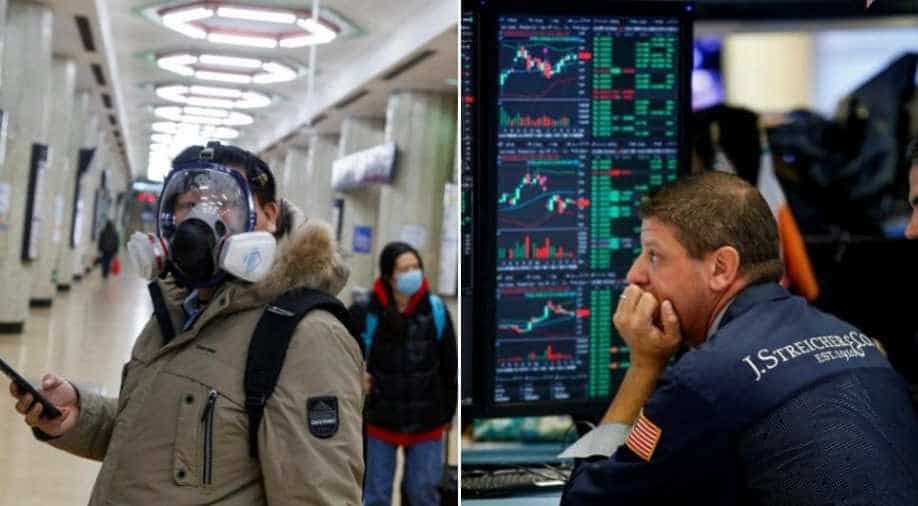 The US Pacific Fleet said Navy P-8A Poseidon aircraft was lased by the China's navy destroyer with calling it "unsafe" and "unprofessional". Read more

Global oil prices crashed four per cent on Friday over the spread of coronavirus as panic gripped world markets worldwide.

Oil prices are on track to record the biggest slump in more than four years. Read more

Sensex dived more than 1,400 points today as share prices globally were on track for the worst week since the global financial crisis in 2008 with coronavirus taking a heavy toll on trade. Read more

The deadly coronavirus epidemic will cost world tourism at least $22 billion owing to a drop in spending by Chinese tourists, the head of the World Travel and Tourism Council (WTTC) said Thursday. Read more

The secretary-general of the United Nations Antonio Guterres has said that Gender inequality is fundamentally a question of power and called for men everywhere to support women’s rights. Read more

Russia on Friday said it was sending two warships armed with cruise missiles to waters off the Syrian coast and blamed Ankara for the killing of 33 Turkish soldiers in Syria's Idlib region the previous day. Read more

At least 33 Turkish soldiers were killed as violence escalates in Syria's Idlib province after an airstrike blamed on Damascus, with NATO chief Jens Stoltenberg condemning "indiscriminate" attacks by the Assad regime and Russia. Read more

According to a research, the latest cars on the road in the UK emit more carbon dioxide (CO2) than older vehicles.

The research carried out by watchdog Which? found  petrol, diesel and hybrid cars have been producing seven per cent more CO2 at an average than older vehicles. Read more

A Californian couple was so heartbroken to say goodbye to their dog that they cloned him.

Alicia and David Tschirhart believed that their dog Marley was perfect. And to keep a part of him alive they cloned him. Read more

The Scottish parliament advanced legislation on Tuesday that would ensure free universal access to tampons, pads and other menstrual products, in a huge stride for the global movement against period poverty. Read more