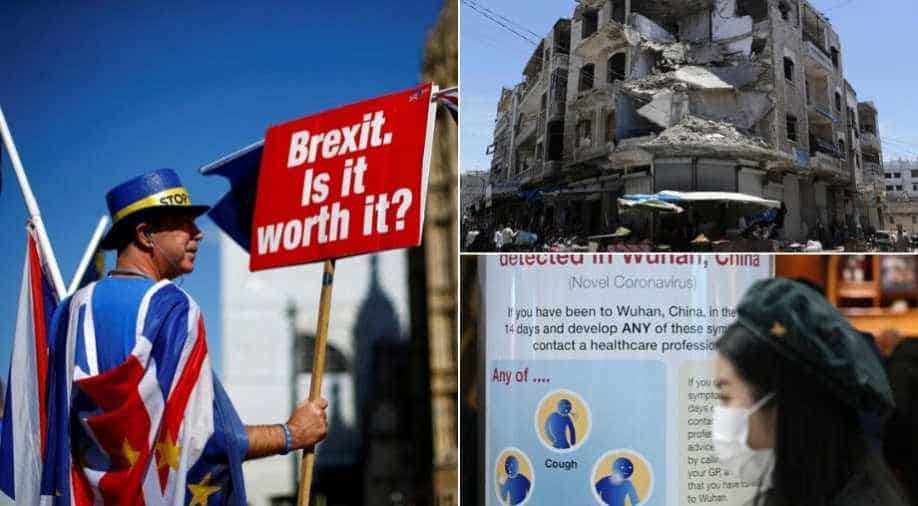 Here are the top ten stories of the day.

Coronavirus outbreak: US, others nations tighten curbs on travel to China as virus toll hits 213

The United States and other countries tightened travel curbs on Friday and businesses said they were facing supply problems because of the coronavirus in China, a day after the World Health Organisation declared a global health emergency. Read more

Britain on Friday ends almost half a century of integration with Europe, finally making its historic departure from the EU to begin a new -- but still uncertain -- future, with emotions running high following years of wrangling and several false starts. Read More

A Thai taxi driver has been diagnosed with the coronavirus, health officials said Friday, in the kingdom's first case of human-to-human transmission of the deadly sickness which has sparked a global health alert. Read more

The global tourism industry is already reeling under the impact of China's economic slowdown and geopolitical tensions between some countries. Read More

Violent attacks in Afghanistan's war jumped to record levels in the last quarter of 2019, a US government watchdog said Friday, underscoring the conflict's continued toll despite relative calm in Kabul. Read more

A new archaeological discovery dating back to 3,000 years was unveiled in the southern governorate of Minya in Egypt on Thursday. Read More

After nearly two decades, NASA has finally bid adieu to one of its iconic telescopes. Spitzer Space Telescope that has taken images of some of the most ancient objects in was decommissioned on Thursday, a tweet from handle said. Read More

Gone with the wind; Trump's 'impenetrable' border wall blown away by strong winds

A new section of President Donald Trump's signature wall along the US-Mexico border has been blown over in strong winds, US officials say. Read More

Why Ayatollah Khamenei Twitter exploits have more than meets the eye