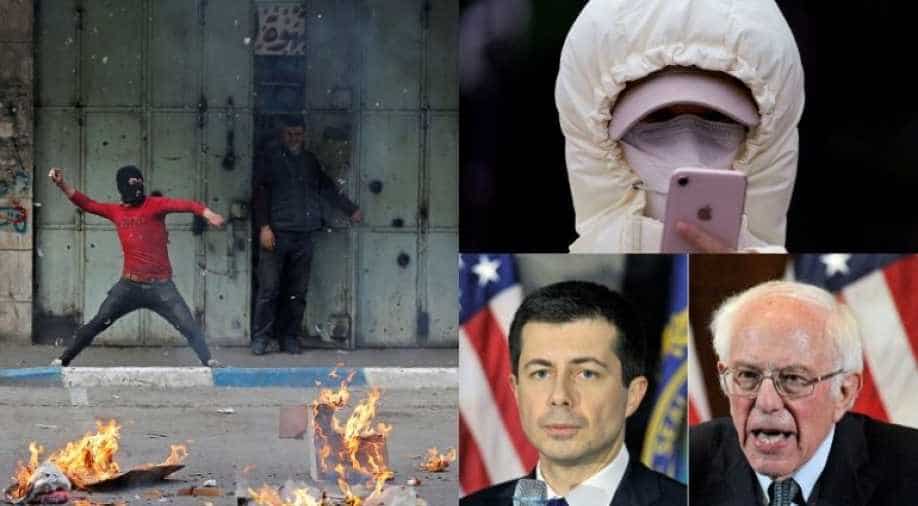 The death toll in China's coronavirus continued to rise on Friday with authorities reporting at least 636 deaths with infections rising past 31,000. Read More

It was a neck-and-neck between Buttigieg and sanders, in the first contest to pick a Democratic nominee to challenge Republican President Donald Trump in the November polls. Read More

Trump 'apoplectic' with Johnson on allowing Huawei in UK: Report

Amid United Kindom's decision to allow China's Huwaei to have a "limited role" in the country's 5G network, US President called up UK PM Johnson a fortnight ago which the British media said the US president was "apoplectic" with Boris Johnson. Read More

At least two Palestinians were killed in the occupied West Bank and 16 Israelis were hurt on Thursday in a surge of violence that erupted amid Palestinian anger at a US peace plan. Read More

Just days after Al-Qaeda in the Arabian Peninsula(AQAP)claimed responsibility on Sunday for a December 6 shooting at US Naval Air Station Pensacola in Florida, US President Donald Trump confirmed that US forces had killed its founder and leader Qassim al-Rimi. Read More

The local community of a small town in Queensland, Australia have been plagued by a colony of "fruit bats" which have been causing widespread havoc. Read More

Platforms and services aimed at providing verified information about the coronavirus outbreak have been launched by Chinese tech giants to help the nation win against this virulent outbreak. Read More

A passenger plane carrying 172 passengers from Tehran to Damascus made an emergency landing at the Russian-controlled Khmeimim airbase on Thursday after coming under fire from Syrian air defences. Read More