The invaluable journey of monarch butterflies to Mexico 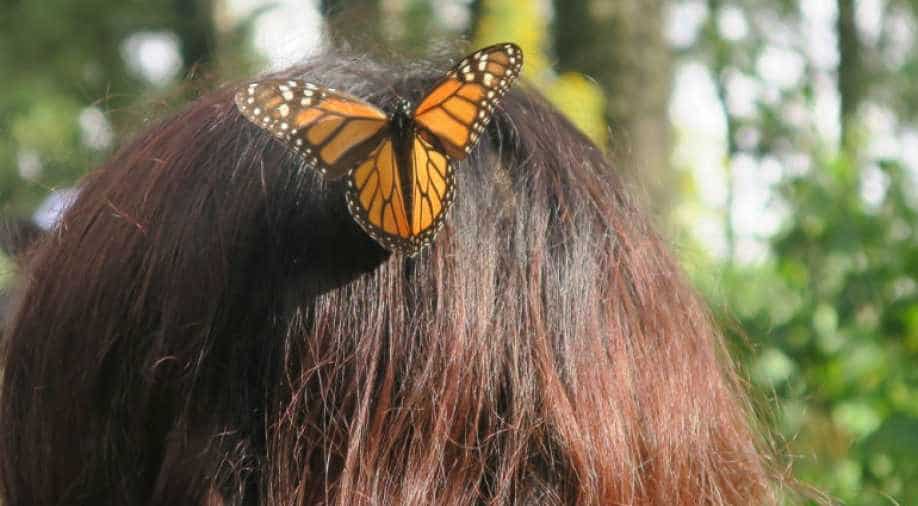 In the sanctuary located in El Rosario, which can only be accessed on horseback, butterflies take wing when the sun brightens the forests.

Fleeing the frosts of Canada and the United States, monarch butterflies each year travel 4,200 km (some 2,600 mi.) to reach the forests of Mexico, pollinating millions of flowers along the way.

Once they arrive in the sanctuaries of the states of Mexico and Michoacan, the forests return the favor by sheltering them throughout the winter, when tourists flock to the area to observe the monarchs.

During a visit to the Monarch Butterfly Biosphere Reserve, the director of the terrestrial ecosystem program of the World Wildlife Fund (WWF), Eduardo Rendon, said that the value of the service the monarchs provide to the ecosystem is "incalculable."

"Millions of them came through the ecosystems of Canada and the United States visiting plants with flowers, which means they came doing the ecosystem the service of pollination," the biologist explained.

Scientists are now "trying to determine what type of plants (the butterflies) use during their trip" to determine the magnitude of this migratory phenomenon.

This year, as per the monitoring conducted during the migration, it is estimated that more butterflies will arrive in Mexico than last year, which was one lowest in recent years.

"Last year we had 2.48 hectares (6.1 acres) of forests occupied by butterflies in all hibernation sites, and that represented a 40 per cent decrease from the previous season. But what we saw this year with the monitoring of migration is that more butterflies are coming," he said.

In the sanctuary located in El Rosario, which can only be accessed on horseback, butterflies take wing when the sun brightens the forests.

The Mexican forests in which the monarchs live are of vital importance, especially because they are part of the watersheds that - through the Cutzamala System - supply 4.1 million people in Mexico City and the state of Mexico with water.

These forests full of oyamels - or sacred firs - are in a good state of conservation, in Rendon's opinion, even though in March 2016 a storm in the core area of the reserve knocked down about 22,000 trees that are in the process of being replaced.

According to data from WWF Mexico, there has been a significant reduction in illegal logging since 2009 thanks to the commitment of area farmers and the residents of nearby indigenous communities, the monitoring efforts and the payments for environmental services.

The degradation of the reserve decreased by 57 percent last year.