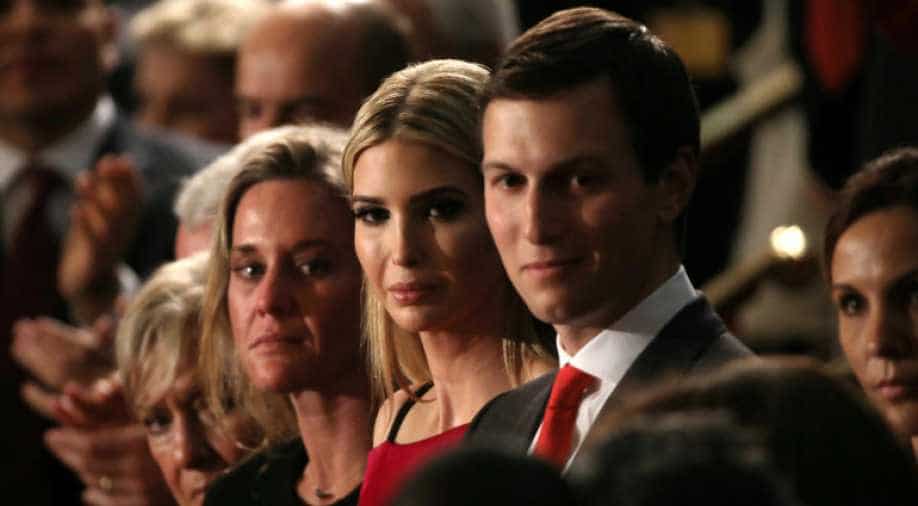 Behind the scenes at the White House, U.S. President Donald Trump's daughter Ivanka was a key advocate for the more measured, less combative tone he struck in his speech to a joint session of Congress on Tuesday night, officials said.

The biggest speech of Trump's month-old presidency was the product of a 10-day effort with his top aides.

While he unveiled no significant changes to policy, the tone of Trump's speech was a far cry from his bleak "American carnage" inaugural address when he took office on Jan. 20.

The Republican president dropped some of the fierce rhetoric that had been a staple of his first weeks in office. He called for national unity and avoided a repeat of his attacks on Democratic opponents and media organizations.

Polls conducted immediately after the speech showed a clear majority of Americans approved of the softer approach and aides described Trump as buoyed by the reception.

A senior White House official said Ivanka Trump made recommendations for the speech during a brainstorming session in the Oval Office on Sunday, helping her father decide on a new approach aimed at easing concerns over whether he had the right temperament to govern effectively.

"He had a lot of voices around him giving him ideas and suggestions that he incorporated, but he really set out to achieve that optimistic tone and that was something she was supportive of. She encouraged him to do that," one official said, speaking on condition of anonymity.

"She had a role," said another. "She helped set the tone."

Ivanka Trump also persuaded her father to speak favourably about affordable child care and paid family leave, policies she has long backed and which could draw support from Democrats in Congress, said another official with some knowledge of how the speech evolved.

"Her fingerprints are visible on the tone, but especially on those parts of it like maternity leave that matter to her," the official said.

Ivanka Trump, 35, the president's older daughter, has emerged as an influential informal adviser for her father, particularly on issues important to women and minorities.

After his election victory last November, she stepped away from her business interests in New York to move to Washington and is frequently seen at her father's events.

A White House official said Trump was the principal author of the speech but had a lot of help in drafting it, including from his daughter.

The couple have been among the president's closest confidants since his election campaign, and Kushner also helped in the drafting of the speech to Congress.

Others involved in the last round of deliberations were White House aides Hope Hicks, Kellyanne Conway and Sean Spicer. Ivanka Trump was not in the sessions on Tuesday.

Ivanka Trump accompanied her father to Dover Air Base in Delaware on Feb. 1 to welcome home the remains of U.S. Navy SEAL William "Ryan" Owens, who was killed in a raid on al Qaeda in Yemen.

At the speech on Tuesday, Owens' widow, Carryn Owens, wept openly when Trump led the crowd in applauding her husband's service. Standing next to her was Ivanka Trump.

Presidential historian Thomas Alan Schwartz of Vanderbilt University said it was hard to find a similar example in recent history of a presidential daughter having a big influence.

"It's a way of reaching out on social issues and social welfare issues or issues that sometimes the Republicans are less identified with," he said.