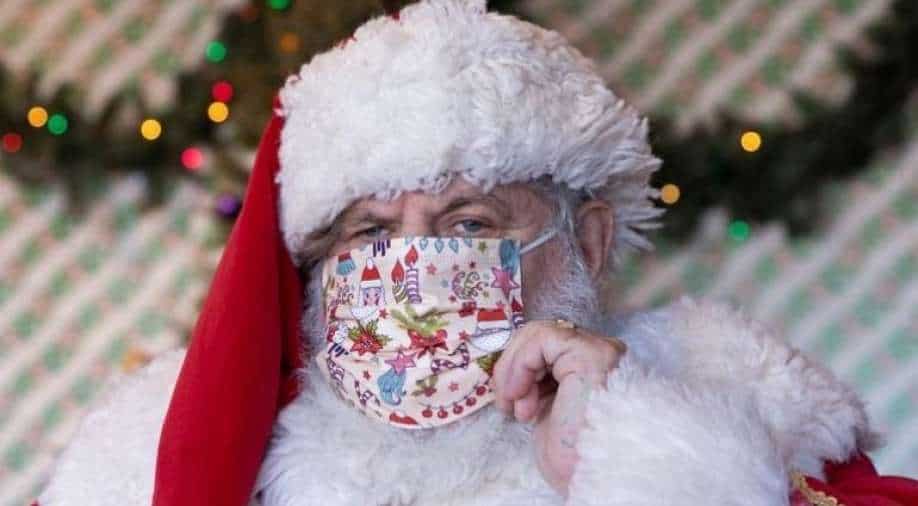 The US may be facing an unlikely shortage of Santas this Christmas (representative image). Photograph:( Reuters )

What started as a Christmas celebration with the Santa soon turned out to be a coronavirus superspreader event in a care home in Belgium's Antwerp.

In Antwerp's Hemelrijck residential home, celebrations for Christmas started a little early and a man dressed as Santa Claus was called in to spread joy and cheer. However, several residents started feeling unwell soon after he left the celebrations.

Also read| Next four to six months could be worst of coronavirus pandemic: Bill Gates

This incident happened in Mol, whose Mayor, Wim Caeyers, has personally started looking into the matter and described it as an event that was "made with the best intent, but it went wrong".

Calling it a black day for the care home, he added, "It is a very great mental strain to bear for the man that played St Nicholas, as well as for the organisers and the staff."

As per the local reports, the Santa was not feeling unwell before the visit and did not show any symptoms of the virus. The authorities of the care home had hoped his visit would bring in some cheer and lift up the firm environment that 2020 had brought in this care home.

The infected residents are showing mild to moderate symptoms. Local media has reported the man had visited several common areas of the building such as the sitting room. The authorities claim the Santa "kept his distance from the residents and wore a face covering. The residents also wore face coverings." However, videos that surfaced online show a few residents without any masks.

"Initially [the care home] said that the rules had been followed, but then straight away you receive photos from the families of residents where you can see that this wasn't the case," Caeyers told local media.

The care home authorities have expressed shock at the incident, but have also assured that they will be getting the virus out of the home soon. "The team is very shocked by what happened, but that also makes them very motivated to get the virus out again," Jannes Verheyen, a spokesperson for Armonea, the firm which runs the home, told a local media house.