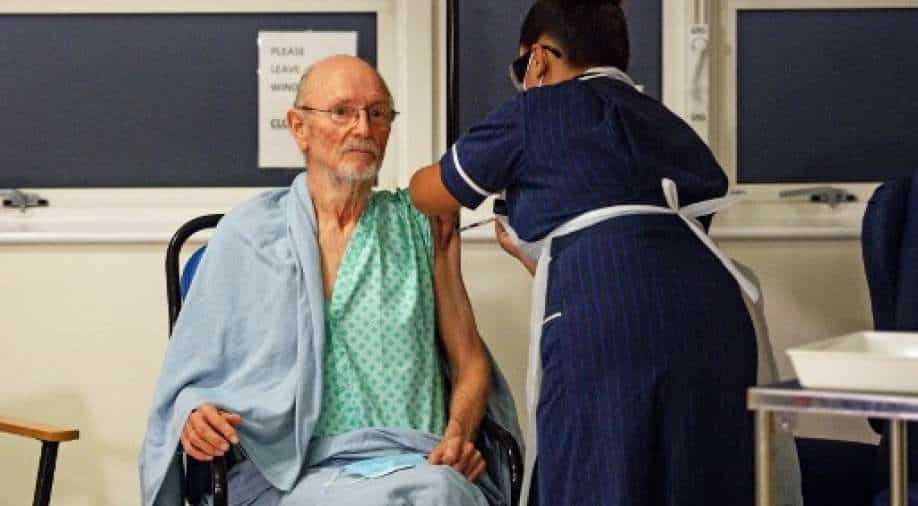 Bell’s palsy is a condition that causes temporary weakness or paralysis of the facial muscles. It can usually occur when a nerve that controls the muscles becomes inflamed, swollen or compressed.

As the United Kingdom began administering people with the Pfizer-BioNTech vaccine, four people who got Pfizer's coronavirus vaccine in the firm's trial developed Bell's palsy, a form of temporary facial paralysis, according to US regulators' report on the shot.

Food and Drug Administration (FDA) regulators said there wasn't any clear way that the vaccine caused Bell's palsy, but warned that doctors should watch for the alarming side effect and Pfizer should continue to keep tab on how many people it strikes.

Bell’s palsy is a condition that causes temporary weakness or paralysis of the facial muscles. It can usually occur when a nerve that controls the muscles becomes inflamed, swollen or compressed.

Meanwhile, Pfizer chief executive Albert Bourla said the company did not "cut any corners" while rolling out the vaccines.

The vaccine has "been tested in the exact same way as we are testing any vaccine that is circulating out there," Bourla asserted, adding, "this vaccine actually was tested, because of the scrutiny, with even higher standards in terms of how we do things."

Pfizer-BioNTech vaccine comes even as the coronavirus related deaths continue to climb across the world with over 1.5 million casualties and more than 69 million cases.

"Always there are people who are sceptical about vaccines, but I have to say they are wrong," the Pfizer CEO said.

However, Documents released by U.S. regulators on Tuesday confirmed that Pfizer’s vaccine was strongly protective against COVID-19 and appeared safe — offering the world’s first detailed look at the evidence behind the shots.

The positive review from the Food and Drug Administration sets the stage for a decision allowing the vaccine’s initial use within days. FDA regulators posted their analysis online even as across the Atlantic, Britain began vaccinating its oldest citizens with the shots, which were co-developed with BioNTech.