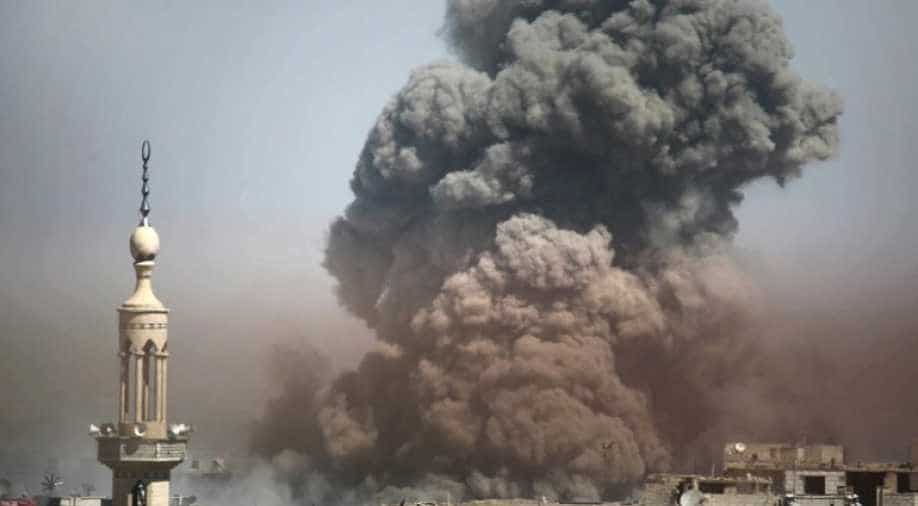 A March 20 picture shows smoke plumes rising during the Syrian regime bombardment in the rebel-held town of Arbin in the Eastern Ghouta enclave. Photograph:( AFP )

Thirty-seven civilians died in the the shrinking rebel enclave of Eastern Ghouta's Arbin area near Damascus overnight, the Syrian Observatory for Human Rights said on Friday.

The war monitor said the civilians had died of burning or suffocation.

"Russian air strikes and incendiary weapons killed the civilians in a basement from burning or suffocation" late on Thursday before a ceasefire came into effect in the area, Observatory head Rami Abdel Rahman said.

Russia has denied being directly involved in air strikes on Eastern Ghouta.

The Britain-based Observatory says it relies on flight patterns, aircraft involved and ammunition used to determine who carries out the air strikes.

Buses carrying the fighters and their families entered the northwestern province after their evacuation from the rebel-held town of Harasta in Eastern Ghouta on Thursday, the war monitor said.