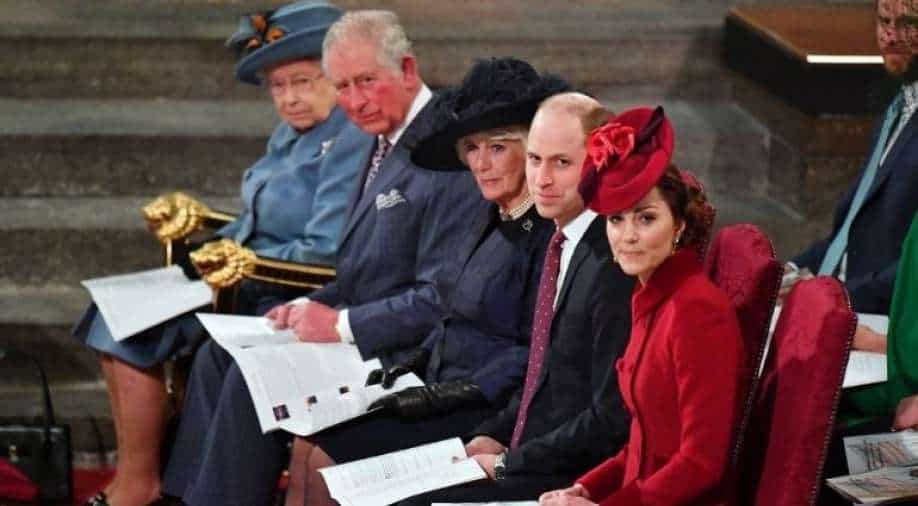 Queen Elizabeth, Prince Charles, Camilla, William and Kate will be appearing in a programme where they will pay tribute to the frontline healthcare workers

A few hours before the airing of the controversial tell-all interview of Prince Harry and Meghan Markle, the Royal Family will also be making an appearance before the cameras.

In what is being labelled as an apparent attempt to grab the headlines and divert attention before the tell-all interview, the seniors of the Royal Family will be unitedly showing up together on Sunday to support and praise the efforts of the frontline workers during the pandemic.

Hours before Oprah Winfrey's interview goes on air, Queen Elizabeth, Prince Charles, Camilla, William and Kate will be appearing in a programme where they will pay tribute to the frontline healthcare workers.

The Prince of Wales, Prince Charles, will complement the "extraordinary determination, courage and creativity" shown by the people of the Commonwealth during the fight against the coronavirus pandemic.

Stressing on how climate change is an "existential threat" which "knows no borders", he will circle back to the pandemic and imply how it has shown that "human health, economic health and planetary health are fundamentally interconnected".

In the same programme, the Duke and Duchess of Cambridge will have a conversation with the South African doctor and health activist Zolelwa Sifumba about the basic healthcare rights that everyone should be entitled to, and will also stress how it has taken a pandemic for governments to realise this.

"It’s sad, almost, that it’s taken the pandemic for the public to really back and support all those working on the frontline," Kate will be saying.

However, this will fall in direct contrast with the UK governments recent announcement of approving a just 1 per cent pay raise for the staff of the National Health Service (NHS) of the UK.

UK's Prime Minister, Boris Johnson, has been facing extreme criticism and pressure to reconsider this proposal which is being described as a 'slap in the face' and a 'disservice to the frontline workers'.

The appearance has, apparently, been timed considering the airing of the tell-all interview and the recent announcement by Buckingham Palace claiming that they are currently probing allegations against Meghan Markle of bullying the royal staff.

In a recently-released clip from the tell-all interview, Meghan can be heard telling Oprah that "the firm" (the royal family) has been playing an "active role" in "perpetuating falsehoods about us".

"Let’s just call this what it is – a calculated smear campaign based on misleading and harmful misinformation," a statement from the Sussexes claimed.