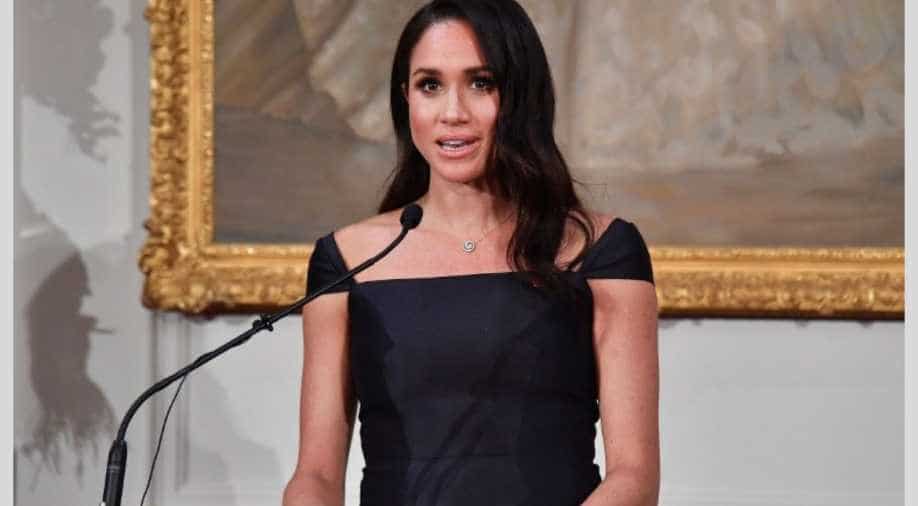 High Court judge Mark Warby also ordered Associated Newspapers, which owns the Mail On Sunday and MailOnline website, to publish a notice on page three of the paper stating that it had "infringed her copyright"

The Mail On Sunday, part of a UK newspaper group that lost a high-profile privacy case brought by Meghan Markle, must print a front-page statement acknowledging her legal victory, a judge ruled on Friday.

High Court judge Mark Warby also ordered Associated Newspapers, which owns the Mail On Sunday and MailOnline website, to publish a notice on page three of the paper stating that it had "infringed her copyright".

Warby in February upheld Meghan's claim that Associated Newspapers had breached her privacy and copyright by publishing parts of a 2018 letter she sent to her father Thomas Markle.

The letter to her estranged father was written a few months after she married Queen Elizabeth II's grandson, Prince Harry, and asked him to stop talking to tabloids and making false claims about her in interviews.

Warby has already ordered Associated Newspapers to make an "interim payment" of £450,000 ($627,000) to cover legal costs for the Duchess of Sussex, as Meghan is formally known.

On Friday he also formally refused its appeal bid, saying the newspaper group had "no real prospect" of success.

In his written ruling, the judge said the front- and third-page statements about Meghan's successful copyright claim would have "genuine utility".

He noted the Associated Newspapers titles involved had "devoted a very considerable amount of space to the infringing articles, which it continued to publish for over two years".

"The wording sought is modest by comparison, and factual in nature," Warby added of the notices he was ordering.

Meghan, 39, and 36-year-old Harry, who now live in the United States after stepping down from frontline royal duties last year, have taken legal action against a number of publications, alleging invasion of privacy.

The couple have been in the headlines all week after becoming embroiled in a transatlantic war of words with Buckingham Palace ahead of their blockbuster interview with Oprah Winfrey, set to air Sunday.